It's not often a computer manages to spook me; more often than not they tend to generate frustration instead. Today though I couldn't figure out why my Trash wasn't emptying after several Secure Delete options.

ASIDE: I’m aware Apple computers and Mac OS X are created in the United States, but I wish we could change the name of the "Trash" folder to "Rubbish" or "Bin"… renaming the accidental deletion folder is one of the first things I do whenever I install FreeBSD with Xorg on a desktop. I’m perfectly fine with most American English, but "Trash" really sets my teeth on edge. 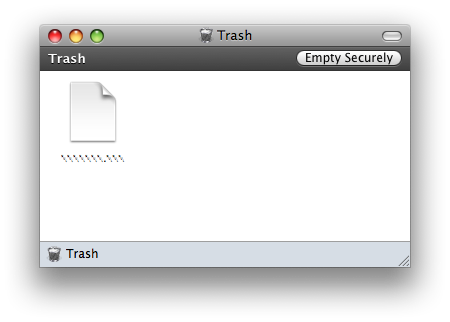 To figure out what was going on, I opened the Trash folder and saw one file was stubbornly refusing to disappear. Why it wasn't deleting itself was the least of my concerns though, because I couldn't even make out what the file even was, or what it was called!

Intrigued, I clicked on the file and entered [Command]+[I] to bring up the Get Info dialog box so I could see the creation date, where it had come from and so forth, but as if it was afraid to revel its identity the file instantly disappeared and the Trash emptied. 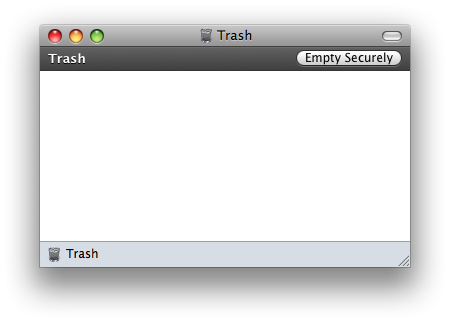 I continued this cycle another five or six times before giving up. The next step was to determine what the name of the file was itself; I couldn't read it all. I clicked the file again, but instead of attempting to open Get Info I entered [Command]+[C] to copy the filename. So far so good. I fired up trusty MacVim, pasted the clipboard contents and increased the font size:

The name of the file was… "nul"? In programming and computing in general "nul" of course refers to a lack of a value; it doesn't mean 0 it literally means "nothing". So each character in this file's name consisted of a unique character I had never seen before called "nul" stylised in a way I had never seen before. You can tell from the other, regular characters in the MacVim window how gigantic I had to make the average font size before I could read the tiny letters within each individual character. Spooky!

As of yet I've still been unable to delete this non-existent phantom ghost file. I'll be installing my new hard drive in this MacBook Pro soon however which will entail installing Mac OS X from scratch which will rid me of it. Still I would have liked to know what it was and how it got there. Even Google had no idea what it was!

Anyone else ever had experience with phantom files on Mac OS X or other operating systems in general? Why hasn't an opera been created about this? Don't answer that. 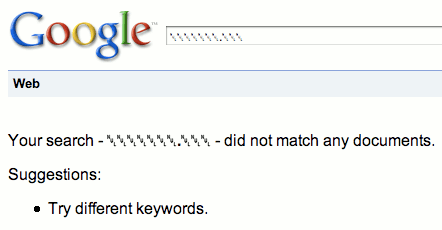