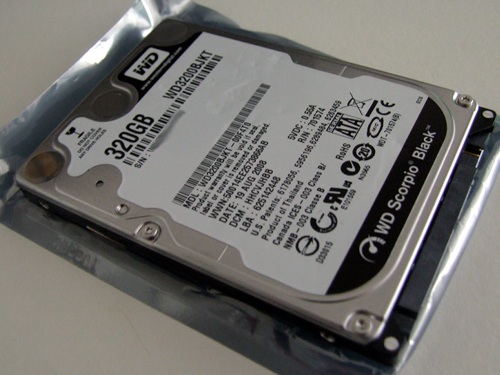 I seem to be starting an alarming number of my posts with the exact same four words: "In a previous post…". I was able to buck this alarming trend in this post however by presenting this largely superfluous paragraph instead.

As I've mentioned on a previous post (My kingdom for a bigger notebook hard drive), despite having numerous gigabit ethernet and FireWire external hard drives with space to spare, I still have lots of trouble with maintaing a decent amount of free space on the internal drive on this MacBook Pro. No matter how much I try to utilise external drives, their bandwidth and transfer rates simply don't cut it when it comes to encoding huge swaths of video or compiling source code on gargantuan study projects, or for ports such as KDE. I find external drives to be invaluable for backup and archival purposes, but they're just not practical for heavy on-the-fly usage; perhaps if I bought a eSATA or FireWire 800 ExpressCard and bought new cases for my existing drives it may improve the situation, but I suspect they'd still be handicapped. And it'd cost a bundle!

So far I've had two internal hard drive changes in this MacBook Pro since I bought it back in 2006. It's become almost a yearly tradition! 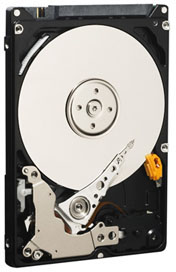 I've had people tell me in as many words I'm stupid for buying 7200RPM notebook drives because they drastically increase heat and reduce battery life, but having used them successfully in iBooks, Armadas, ThinkPads and MacBook Pros for over four years now, I officially call BS. The difference in battery power is negligible to nil; the brightness you set your screen and whether or not you're using WiFi would have a far greater impact. As for heat, also negligible difference. In fact I can confirm with a laser heat thermometer I borrowed from my Father's lab at one point that a new 7200RPM drive in my old iBook actually ran cooler than the 5400RPM drive it replaced.

7200RPM drives are definitely worth it, the transfer rates and general responsiveness with applications is noticeably better, and if you're serious about using your laptop as a production machine for compiling code or video rendering/encoding it's an absolute must. If you have an older laptop the difference in performance is even greater, my beautiful iBook G3 from 2002 felt noticeably quicker after a 7200RPM drive upgrade, similar story with my retro svelte Armada M300.

I wonder what the capacity of the drive I buy in 2009 will be? Will they have 30TB drives by then you reckon?