It's been an eventful few weeks in Adelaide. A few weeks ago it was a bomb scare in a bank in the CBD, now I've just received a text message from my sister that there's a severe gas leak on North Terrace: there are ambulances, fire trucks and police cars swarming everywhere!

UPDATE: It was discussed on Seven's 6pm news a few minutes ago, I recorded it and uploaded the video on YouTube: 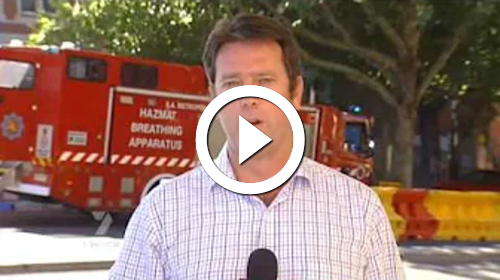 And other Australians sometimes accuse Adelaide of being the "boring" state capital… can you believe it?