I've been told by people that the reason why Apple didn't include FireWire in their lastest MacBook computers was because they were phasing out support for a so called legacy port and that most video cameras and external hard drives use USB as well, amongst other reasons which I thoroughly debunked in a previous post.

Well we finally may have the real reason for why Apple removed the FireWire 400 port from the MacBook. As it turns out, it might not have been a decision by them after all, but one by NVidia who designed the new GeForce 9400M integrated chipset and graphics chip which the new MacBook uses.

Here's the kicker: according to several sites I've been reading, this chip was designed without a FireWire controller.

The GeForce 9400M does not include a Firewire controller. When asked, Rene Hass mentioned that during the design of this chips, this function was not part of the feature list.
~ HardMac.com

This seems to change my perceptions somewhat. Given Intel's lackluster onboard graphics, I can understand Apple's decision to move to a NVidia's chipset and graphics solution, especially in a computer like the MacBook. I can't help but think though that they could have at least included a separate FireWire controller, granted they are substantially bigger than controllers for USB, but if my Sony Vaio PCG-C1VM ultraportable from 2001 could include one there's no reason why Apple in 2008 couldn't. 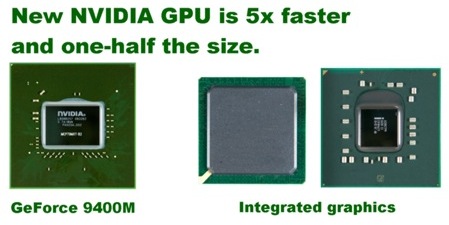