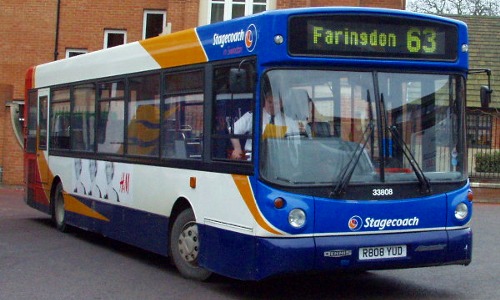 "A Swindon based 63 service" by The Oxford Bus Page

It's official, October 2008 has been the best month for the Rubenerd Blog since August 2006. In total 63 posts have been submitted compared to 23 posts last month and 37 the month before last. Realistically many of these have been long and involved but many more have been silly posts with less than three lines. Still, that's 63 random thoughts and ideas which isn't as high as the ridiculous 110 I made back in August 2006 but it's close.

In a kind of ironic twist, it seems that the more work and studying I need to do, the more material appears here. I think connecting my mind to a keyboard and letting all the ideas flow is a fantastic coping mechanism. It also allows me to keep my mind alert when I take breaks instead of being a passive consumer like I would be if I just watched TV.

ASIDE: For some reason I think this post will be getting the "pointless milestone" tag. The question is, how can I pull off putting a picture from an anime series on here too so I can use the "pointlessly fun anime reference" tag as well. These are the thoughts that keep me up at night. That and coffee. That made no sense.

Given I'm posting so many entries from my iPhone now as well, I think the next logical step in the evolution of this long winded and overly verbose trail of consciousness is to include some form of location metadata into each post. In this way I could see just how many words I have typed while I was sitting at the Boatdeck Cafe in Mawson Lakes or the huge Starbucks with lots of comfortable lounge chairs in Millennia Walk in Singapore. I have a sneaking suspicion they might be where most of this stuff gets done!

ASIDE: Millennia Walk was just across from where the Singapore Formula 1 night race was held. It’s a really bizzare building with gigantic pyramid like skylights that stretch above the main shopping area by several whole floors. I did work for people around Suntec City and Millennia Walk after I finished high school in 2004. The place of the Rubenerd Show I think is also starting to evolve again. Previously I would speak everything I was thinking into that show, now it's much more of a spur of the moment type of project which I hope will improve the quality. I wish I had the self confidence that Frank Nora has by being able to speak into a voice recorder as I walk down the street with people staring at me the whole time… perhaps at some point I'll get to that stage.

At some point I would also like… ney LOVE, to be able to finally move all this material onto the content management system I wrote myself in Ruby (without Rails… it bothers me how people assume it must use it if it's a Ruby web app) earlier this year too. Perhaps after the exams and this latest project I'm doing for a client I'll take a solid week off to do that. 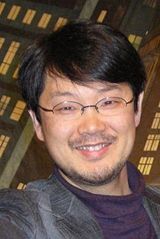 I'm fed up with all these constant WordPress updates; it is a great blogging system if you want millions of bells and whistles but don't want to do any programming yourself, but it's incredibly top heavy for what I want to do here. Not only that, but it's written in PHP. As a guy who also loves Perl, I have nothing against PHP, it's just Ruby is so much more Smalltalk like and is so elegant. Ruby code can be syntax-highlighted and printed onto posters it looks so nice. Yukihiro Matsumoto knew what he was doing!

ASIDE: My beautiful late mum thought that Yukihiro Matsumoto was cute.

I'd love to learn though how to better integrate MediaWiki with Ruby applications though, I love MediaWiki and I'd love to start using it again for my own projects. For a while I was a maintainer of an intranet wiki system and I wrote a lot of Ruby scripts that PHP would call using system calls, but it wasn't very elegant. If I could figure out how to better integrate them, I could write so many scripts for Whole Wheat Radio to do trippy things Jim would have to start blocking my IP address because I'd be using all WWR's idle CPU power. Wouldn't that be fantastic?

BRAINWAVE: Wouldn’t it be great to be able to use the same user database for my Ruby CMS and MediaWiki? Then I could leave my CMS for the blogging portion, and use MediaWiki for the Wiki side, but the users would be consistant. I’m so smart it’s scary sometimes. Okay, I’m more scary than smart.

Well that post started constructively and quickly deteriorated into rambling quickly… sorry about that. 63 posts though. Like the way I got back on topic again by referencing what I was supposed to be discussing? That's called "skill" and it's not something you can learn at any fancy tertiary educational institution.