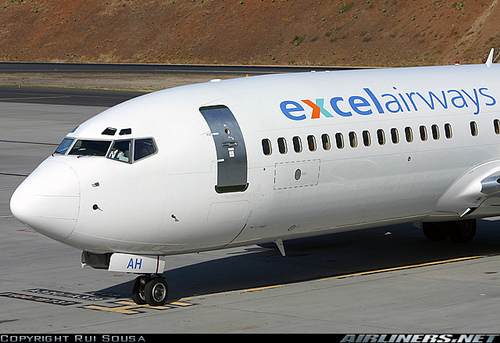 Somehow, I think I'd feel somewhat uneasy about boarding a plane that had so much damage done to it that it required a door replacement… though you can't argue it's not shiny!

Reminds me of a story my dad told me about a business trip to the United States back in the mid 90s. He and some of his American work colleagues were walking across the tarmac to board a Continental Airlines DC-9 when his boss abruptly stopped dead in his tracks and said he refused to fly on such an old plane. He later revealed that he was an airline enthusiast and that he recognised the registration printed on the side from a fairly serious accident and that they had obviously just patched the plane back together again. Scary stuff.