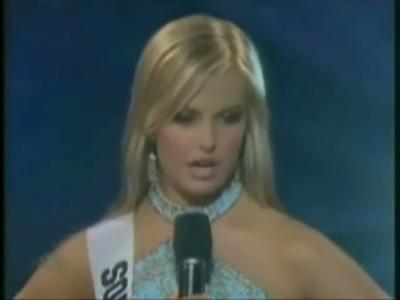 Despite this blog's stated purpose of relaying interesting information and how-tos with regards to BSD and Mac OS X, the elections in the United States are just too interesting to pass up. A little too interesting… I'm expecting Fox to jump out at any minute and claim Sarah Palin is actually part of a new reality TV series planned by their writers and producers, along the lines of Jackass.

Today's news though is just sad. Despite claiming Barack Obama pals around with terrorists, she dodged a question when asked whether people who bomb abortion clinics are terrorists. Pardon my French, but what tripe. From the Australian ABC:

Asked by NBC television presenter Brian Williams whether an abortion clinic bomber was a terrorist, Governor Palin heaved a sigh and, at first, circumvented the question. […]

Attacks on doctors who practice abortion and on family planning clinics in the United States in the 1980s and 1990s left several people dead and scores wounded.

The fact this women is even taken seriously by some people is nothing short of being blood chillingly scary. In the last few days I've even seen a few bumper stickers on cars in Adelaide that read "Don't let your American friends vote for McCain and Palin".