Daylight Savings has started in most of Australia today. On a Sunday! We can't even get a break from nonsense on Sundays anymore or something!

Below is a very scientific chart I created to help my Aussie readers out, as well as the official announcement information from the Australian Federal Government peoples. 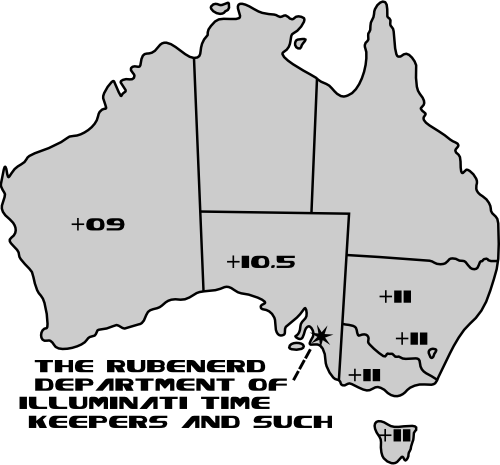 Daylight Saving Time is observed in New South Wales, Victoria, South Australia, Tasmania, and the Australian Capital Territory and has been synchronised across these states. Western Australia began a three year trial of daylight saving on 3 December 2006. Queensland and the Northern Territory do not observe daylight saving.

Where daylight saving is being observed: