Despite really like Ruby and Perl, due to time constraints and other obligations I'm still reluctantly using WordPress and PHP on most of my blog powered sites including this one. Until I make the desperatly wanted switch, WP news still affects me and I take a somewhat interested view of what's going on. Not exactly a glowing endorsement, but then again it is the middle of the day here in Mawson Lakes so if I started glowing it would be a bit of a waste of energy.

It seems the widely used Revolution Theme for WordPress has gone open source. From the Weblog Tools Collection article:

Brian Gardner’s Revolution Theme for WordPress is going 100% Open Source. All the themes that are currently on Brian’s Revolution site will no longer be available as or October 31st and will be replaced with a set of new themes that will be developed and released under the GPL. The original Revolution themes will continue to be supported for those who have purchased them in the past. 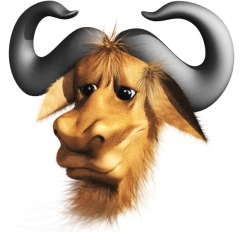 Now I hate to be a nitpicker and certainly I consider myself more practical than ideological when it comes to the great software debate, but isn't this an example of something becoming Free Software and not just Open Source? Aren't most applications written in interpreted languages Open Source by their very nature because you can read the files? If Brian Gardner is releasing his themes under the GPL, then wouldn't that make them Free (as in speech as well as beer) instead of just Open Source?

I guess it boils down to disclosure; if you purchase a theme from someone instead of downloading it gratis, there's probably a clause limiting your right to redistribute or share the code. Still, isn't that more of an issue of the software not being Free, rather than it not being Open Source?

In any event I congratulate Brian for going down this path. I suspect he will be getting far more users and interest after doing this, and he deserves all of it.