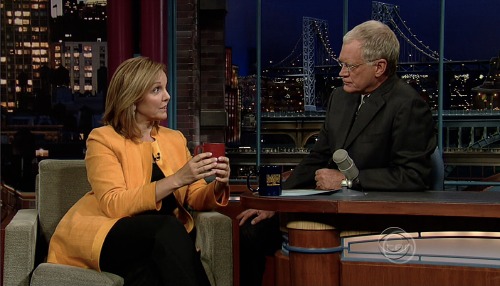 Sometimes you post comments about how you're going through a crisis of your own, only to see something that completely puts developed world problems into context.

First a bit of background: Channel Ten in Australia presents a 24 hour delayed telecast of the Late Show with David Letterman from the States on most weeknights which I treat myself to watching after a day of working and studying. Tonight, alongside The Virgins (a band I instantly liked after hearing less than 5 seconds of the song they played) and Anne Hathaway (call me… please?) Dave also had on Josette Sheeran from the World Food Programme.

It was without a doubt one of the most inspirational interviews I'd ever seen. They discussed the plight of starving children from Myanmar to Darfur in Sudan, and how by the WFP's calculations $3 billion these children could be fed.

$3 billion could feed every child on the planet. Let me say that again.

$3 billion could feed every child on the planet.

My thoughts turned to the nauseating $700 billion plan to bail out the arrogant bankers who exploited people through lax legislation, and it managed not only to boil my blood but turn the mild headache I had at that point into a migraine. $3 billion is NOTHING.

From the site URL they posted on the programme: 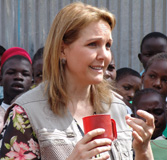 Welcome! You may have just seen me on the “Late Show with David Letterman” where I was talking about hunger and the frontline work of WFP. It is WFP’s goal to put hunger out of business. Together we can do this. Just 25 cents a day or 50 US Dollars a year can ensure that children have a nourishing cup of porridge in school – virtually transforming their lives.

WFP is as effective as it is efficient. 93 cents out of every dollar goes directly to getting food to those who need it. WFP is pioneering solutions to hunger including purchasing 80 percent of the food we buy from developing world farmers. This is a win-win that can break the cycle of hunger at its roots.

I have just come back from Haiti, which has been devastated by series of four hurricanes and tropical storms over a six-week period. I saw people in Gonaives walking knee-deep in grey-brown mud, and escaping to the refuge of their roofs, where they are living as they wait for water to recede and mud to dry.

Their children need your help now. Any contribution you can make will go to school meals. You can be part of the solution now.

Now to business. It's not often I explicitly tell people to do something, but I'm ordering you to do this right now.

If you have a credit card that has even $5 remaining on it, go to The World Food Programme website, click on "United States" or "Outside the US" depending on where you are, and donate some money. I was saving my credit card balance for a new internal hard drive for my laptop, but I'm giving the money to these folks instead.

I wish the United Nations and the World Food Programme the best of luck in their efforts. If they're part of a conspiracy to instigate a New World Order, I'm look ing forward to it. Time to put aside this 19th century mindsent nonsense that countries are still relevant in this day and age and start helping… people. 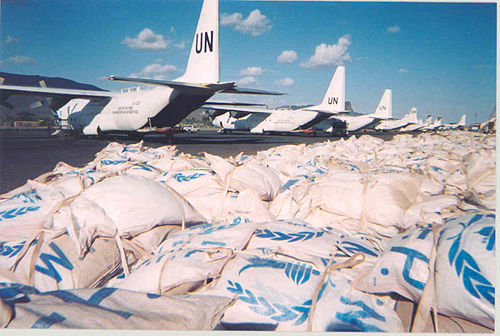