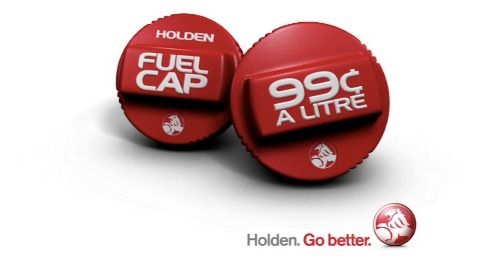 With the cost of fuel pushing new decade highs and with a public more concerned with the ecological impact of their cars, manufactures are taking notice. Some are improving the efficiency of their engines, making cars with stronger and lighter frames, augmenting power sources with batteries such as in hybrids and plug-in cars.

And then there are companies like Holden, the Australian subsidiary of GM. They're offering a "99 cent fuel cap", meaning the first several thousand kilometres travelled will be subsidised. Instead of promising more efficient cars that cost less to refuel in the first place, they're encouraging people to drive cars they probably wouldn't drive under normal circumstances and with current prices because they're too big and are too inefficient.