According to a CNET News report, HP is rumoured to be creating an alternative operating system to Windows, based probably on Linux. From the report:

Is the biggest PC vendor in the world looking to give customers an option besides Windows?

An article appearing in BusinessWeek this week cites anonymous sources who say Hewlett-Packard is at least looking into it. “Sources say employees in HP’s PC division are exploring the possibility of building a mass-market operating system,” the article states.

The operating system would reportedly be Linux-based, but would be tweaked to be more accessible to mainstream users.

If this rumour is true, I think it's a fantastic move on HP's part. Apple has shown with Mac OS X that a superior user experience can be achieved outside the realm of Windows by leveraging the power of a free and open source operating system under an aesthetic user interface, on hardware created specifically for the OS and vica versa! 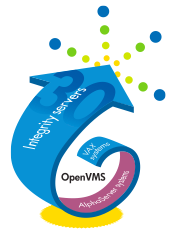 What I've always said I'd love to see; and this development might be a step in the right direction; is a break from the monoculture of Windows replaced by a mixture of operating systems that can communicate through open standards. This is perhaps a weakness with efforts like Ubuntu, Debain and other GNU/Linux distributions; they are emulating the Windows model with all the problems associated with all the trillions of different combinations of hardware that they could potentially run on. For people like me who revel in tinkering with computers this isn't a problem, but for people who actually have work to do on their machines and don't have a degree in computer science it's just a pain in the arse.

I'm imagining a time in the not too distant future when:

I know it's a pipe dream that will almost certainly never happen. A nerd can dream though right?

And as for the article specifically related to HP exploring other options besides Windows, any chance HP would create an OpenVMS laptop or consumer desktop? That would be a VERY compelling product! Pipe dream number 2!