ASIDE: This is not a paid advertisement, despite it reading as such. Having something go well for me is a big thing you see!

After several weeks of disastrous encounters with phone companies (Telstra and Virgin Mobile, I'm looking at you guys!) something has finally gone well: I'm typing this post from our newly established Internode ADSL connection! 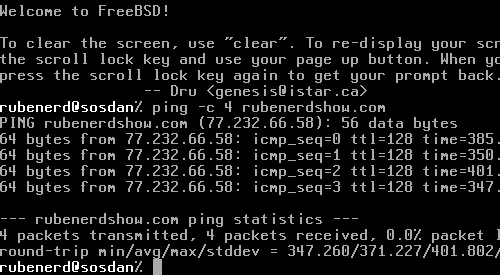 Internode (Wikipedia link) is a local, Adelaide based internet service provider that, unlike other ISPs in Australia I've had experience with, have two very important things going for them: their heads are screwed on and their arses aren't on fire! We went from applying for a connection from scratch, to having a modem and working connection in less 4 days.

What blew me away even more than their timeliness (is that a word?) was their customer support. When we registered online, I chose the option to pick up the modem from their office in the CBD instead of waiting for a courier delivery. Getting the train into the city from Mawson Lakes only takes 20 minutes or so, and I figured I might as well save the $15 and grab a bite to eat. What, I'm not allowed to eat? I'm only human.

When I arrived in the city, I went to their office to get the connection finalised and collect the modem:

11:29
Walked into building. Told receptionist what I was there for. Was directed to a counter. Noticed all their computers were aluminium iMacs and their chairs were bright orange… very important!
11:30
Was told that my credit card worked and that the new connection was successful. Was told to wait while their technician configured the new modem. Was asked if I wanted to pay for the modem with the same credit card they had on file. Naaaaaaaaaah worries.
11:38
Walked out of customer service centre with modem and activated account.

Compared to Netspace that sent Kevin Tan and I a faulty modem back in 2005 and took a whopping two months to get connected as a result, and TPG Australia that took over three weeks, this was fantastic! Virgin Mobile Broadbandget a clue!

ASIDE: If you didn’t read my adventure with Virgin Mobile’s Wireless Broadband service, they wouldn’t let me register before I provided an Australian bank statement as "capacity to pay". My Singaporean bank accounts and credit cards were useless despite them meeting the minimum requirements and then some. Fine with me, I took my business elsewhere! 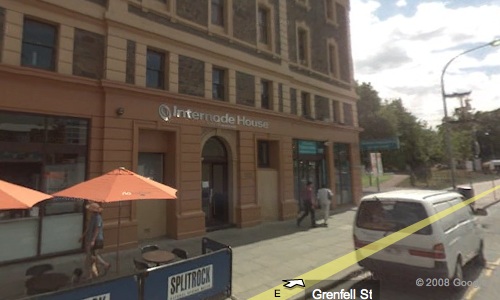 As a free and open source software advocate (no, me, really?) what really impresses me about Internode is that they're also an officially licenced mirror of SourceForge, meaning when I download software I'm getting it from a server that's geographically next door, and doesn't count towards the monthly quota. They also have another comprehensive local software mirror that includes amongst other software… FreeBSD ISO images :-).

Unfortunately as I elaborated in a previous post, our local telephone exchange's DSLAM isn't ADSL2+ ready, meaning we're stuck with 8Mb/s 40GiB-limit plan until at least the end of the year. Telstra trying to get to me again it seems… what an oven of stupid grilled cheese sandwiches.