ASIDE: Considering the phone company in question, I was going to title this post "Screwed over by a virgin", but that’s a little too much even for this site I think. I do think, it only hurts sometimes.

Another day, another major problem with a phone company. I'm starting to think they're more evil than… other evil corporations.

Today marked the end of the long and involved adventure with Virgin Broadband, Virgin Mobile Australia's wireless broadband service. This system allows you to connect your laptop wirelessly (no, really?) through the Virgin 3G phone network to the intertubes for a fixed amount per month, plus the cost of the small USB modem. In Singapore, the public Wireless@SG WiFi network service is ubiquitous, but in Adelaide WiFi connections are fairly spare by comparison and not interconnected, so I figured this wireless broadband service would be quite handy.

Enter the phrase "capacity to pay". The idea behind this boneheaded system of checks is to ensure that prospective clients have the ability to meet their financial obligations each month for the lifetime of the contract, in this case with Virgin Mobile's 23 month wireless broadband plan. Simple and straightforward enough right? Of course not!

This is how it works: once you've registered and provided them was enough personal information to allow them to easily steal and assume your identity for malicious purposes involving grilled cheese sandwiches, you must provide them with a bank statement showing your last several paychecks or other forms of income. The bank account must be Australian, and no other form of proof is accepted.

This means that, despite my bank account clearly showing regular deposits from clients (or as regular as you could expect from a self employed person such as myself) which, after conversion to Aussie dollars more than meets the minimum income requirement… because it is with a Singaporean bank it is comepletely useless. Visiting a local Australian branch of DBS and printing the statement in Australia doesn't qualify me. Heck, not even my credit card is an acceptable form of proof.

ASIDE: Forgive me for the following transport related metaphors, I hate them as much as you do but they’re so especially apt under these circumstances. Next time I’ll go back to talking about grilled cheese sandwiches and Chuck Peddle, I promise.

Now let's take a step off the insanity bus and instead board the clue train. If their stated purpose was to verify my "capacity to pay", what does the location of the account have to do with verifying my finances? If they're worried my foerign bank doesn't exist or that I forged the documents, does not the fact that I printed them here in Australia negate this? Wouldn't it be just as easy to contact the local branch of a foreign bank here as to contact a local bank? 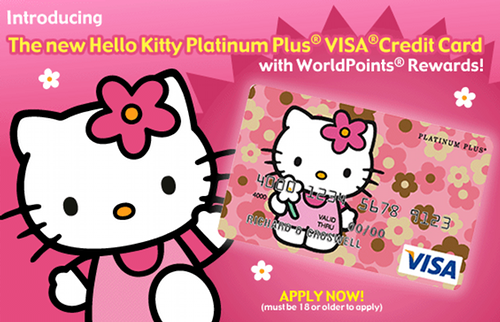 I don't know why they didn't think I was serious with my credit card.
Photo from SavingAdvice.com

Then we come to the ridiculous rejection of a credit card as a form of proof of "capacity to pay" regardless of where it came from. Think about this rationally for a second: for a person to have been offered the use of a credit card, a financial institution such a bank, credit union, building society or the like would have checked their income, credit history and employment details and deemed them an acceptable risk to be issued with a line of easy to access credit. In other words, said financial institution feels comfortable with the card holder's ability to pay their debts. Isn't this what Virgin Mobile is claiming to be looking for?

This considered, I would think a credit card would in fact be a more reliable way of proving income and "capacity to pay" than than a bank account which you can prove income now, but there's nothing to say that cash flow will cease once you've been approved! From Virgin Mobile's perspective, a credit card would ensure more deductions go through than a bank account which may or may not have the capacity for overdraft. Mmm, overdraft.

The only factor left in all this nonsense that I can imagine Virgin Mobile would lean on is the argument that they're helping themselves limit flight risk. Appreciate for a second how ridiculous this claim is when compared to any other internet service provider: sure a regular ISP only works in the address you've assigned it to, but what's to stop you from leaving that house, phone line and ISP the week after you register? And when you register for Virgin Mobile broadband you need to provide them with a home address anyway! What's the hang up? 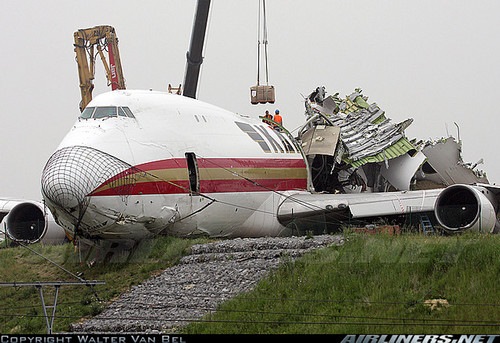 No, I think this all boils down to two things: laziness and inflexibility, particularly ironic given they're the two attributes the sexy and alternative Virgin Mobile folks claim to be different in compared to the competition!

What boggles my mind more than anything else in this whole mess though is that I was a customer who wanted to give them money, and they turned me down not because I didn't have enough of it, but because it wasn't the "right" money!

Not to inflate my own sense of self importance, but such devices that are used in public are a great form of advertising. Apple has known this and capitalised on it with the glowing Apple logos embezzled on the lids of their laptops for years. This means there will be one less Virgin Mobile advertisement walking around, perhaps one more of their competition.

Virgin Mobile's broadband slogan is: "Are you with us or what?". I'd answer "what"… amongst a few other words of the same length!