The first 14 pages of The Australian broadsheet newspaper today are either about the swimming in the Olympics or the latest AFL, despite the humanitarian disaster going on in Georgia right now. And if you think I'm just disappointed with Australian newspapers, I've been told by my dad that Singapore's Straits Times is just as lacking, though decidedly less AFL coverage for some reason.

ASIDE: Don’t visit The Australian website if you use Camino on Mac and have Flash disabled, it crashes! Don’t pour maple syrup or Vegemite on your laptop either, I’m pretty sure that’ll crash Camino too, amongst other things.

The sympathetic part of me appreciates the fact that most of us have disaster fatigue, and it's nice to take a break from all the bad things going on in the world by reading about how someone managed to swim a certain speed or managed to lift a certain amount of weight instead of another bomb somewhere. The hippie in me though (an inheritance from my beautiful late mum!) sees hypocrisy and the glorification of drugged up athletes when so many people are doing so much more for the world right now, and conversely so many others are getting away with cold blooded murder on a national scale and their victims get virtually no attention at all. The rational part of me says "what's new?".

ASIDE: → Kaname doesn’t look terribly impressed at my insinuation that somehow swimmers in the Olympics don’t contribute as much to humanity as, say, a medical researcher.

I think much of this just stems from my own frustration at how much media attention and praise athletes receive compared to people who are actually making a real positive difference in the world. I wouldn't say it makes me sick, but it does make me sad.

While I'm on my preaching high tall horse poppy soapbox (talk about a collusion of cliche metaphors!), it's a similar situation with music: people somehow think that most Top 40 singers (if you can call them that!) are somehow capable of being excellent role models and deserve even more of our money and attention, when there are these people called singer/songwriters who think of their art as more than just a job, and who you'll probably never see reviewed in a traditional newspaper. Just like computer software where giant corporations rake in billions of dollars for software that could easily be replaced by free (as in speech) software but can't because users are locked into closed, proprietary file formats and pseudo-standards. Do I sound like I'm in my 80's yet?

Dave Winer will be very proud of me if not for this post but for the following line (if he were ever to read it): thank (insert deity here) I have weblogs and more independent media now to read instead of just relying on traditional newspapers! Save me Slashdot! 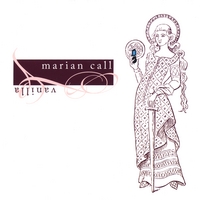 In other news, Marian Call (WWR) has moved up to my fifth top played artist on iTunes, just ahead of Greg Brown (WWR), and just behind The Renovators (WWR), Jack Johnson, John Lennon and Michael Franks. I think mummy would approve, and Jimbob would 50% approve :-).

ASIDE: Michael Franks is your most played artist Ruben? What a surprise!