With my access to the internet as unreliable as it is, and without my audio recording equipment that enable me to put my life on the Rubenerd Show podcast / audio magazine / new time radio show / internet radio show instead of here (thank goodness Leo came to his senses about netcast) it seems the quality of posts on this blog are rapidly deteriorating as I use this site to discuss not trends in free and open source software, Mac software and open standards, but the goings on in my life instead. For your convenience I'm appending the term "musings" to the heading of each such post, so you may promptly ignore them.

It's a lazyish Sundee afternoon to use the archeological term, and I'm sitting once again at the Boatdeck Cafe in Mawson Lakes. I know the owner on a first name basis now, and I figure it's only a matter of time before he starts seeing me mention Boatdeck Cafe enough to justify sponsoring me. I figure five Betty Blue Sea of Espressos per mention should suffice, though I am willing to negotiate higher, on my own part.

Here we all are sittin ‘in a rainbow,
Coh blimey ‘allo Mrs Jones, how’s your Berts lumbago?
I’ll sing you a song with no words and no tune!
I’ll sing at your party while you suss out the moon, oh yes!

One thing I desperately have to learn to stop doing is jinxing myself lest nothing I need to get done never gets done. Case in point (or blunt object if pointy things scare you), last week I claimed we'd have the telephone line connected in our house on Monday so we would be able to finally get home ADSL. It's Sunday and we just got a dial tone! 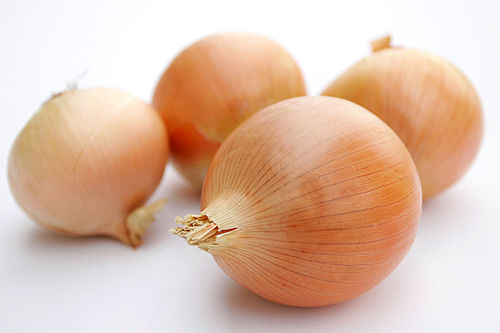 You could plug some onions into a phone socket, but if your phone line wasn't connected, I 100% guarantee you would not hear a dial tone out of them.
Photo by Fir0002 from Wikipedia

Given past experiences with the national Aussie telco Telstra, I opted to use Optus instead (ironically Optus is owned by Singapore Telecom!) but our house wasn't accessible for them for some reason which is beyond me. Something to do with either grilled cheese sandwiches or our local exchange I think, though I remember having an Optus phone in Mawson Lakes last time I was in Adelaide, strange.

After being transferred to four separate departments, twice and reciting the home number to be changed seven times, on a phone call that took over an hour and a half, I know how it feels to be a tennis ball… insert pun about not getting anywhere and being whacked hard back and forth here. As it turns out, the previous tenants in this rental property didn't cancel their account when they left, so not only did we need to register a new line with Telstra, but we needed Telstra to deactivate the previous tenant's account. This entailed faxing the tenancy agreement with my name to prove that in fact the previous tenants didn't live there anymore… and then faxing the same tenancy agreement again when they denied having received it.

ASIDE: I was so frustrated after being on the phone for so long, when they asked me to fax information, I promptly reminded them that you need a phone line to use a fax, and that asking me to use one was akin to asking the owner of a busted time machine to go into the future to get the required parts, or asking a car driver to drive to a repair shop when his or her car won’t start. For what it’s worth, the guy in the call centre thought my analogies were funny.

All in all, it's been two weeks but we can now finally use the home phone line, and complete the registration for ADSL. Having grown up on cable internet in Singapore since we moved off ISDN in the late 1990s, this is quite a new experience, and one which I can't truthfully say has been a fun one. Untruthfully I could say the experience has been like a cheesecake with a Betty Blue Sea of Espresso from the Boatdeck Cafe in Mawson Lakes. 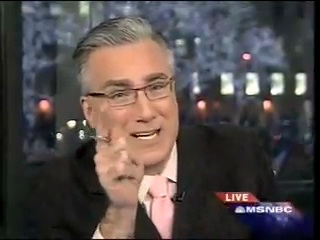 You think I could get Keith Olbermann to declare Telstra the worst person in the world? That would be so much fun!

As for the weather, it's still pretty crazy down here. Our house has a metal roof, so any rain sounds are amplified in the order of a trillion to one, or whatever the mathematical ratio is. Unlike Singapore where it's not unusual for it to rain for several hours continuously, the rain here in Adelaide in the last week has been torrential (torrential?) but only in two or three minute bursts. Adelaide is supposed to be the driest state capital in Australia with the least amount of rainfall, but it sure hasn't felt like it these last few weeks. Now if only more of that rain was pouring down further upstate and in New South Wales so the Murray River disaster could be alleviated… did I just say further down upstate? 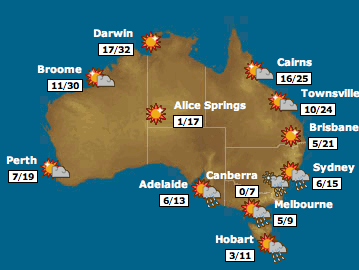 The last thing I'll mention in this useless post is that there's an AFL game between the Adelaide Crows and Richmond on the television on the wall in the cafe, though fortunately the sound is turned off. It's funny how these fully grown men grope and wrestle with each other in tiny satin shorts, yet it's the computer and science nerds who's masculinity is constantly being questioned. Overcompensation do you think, or just a difference in brain size? Not that I'm insinuating anything, or incinerating anything, or combusting anything, or grilling anything.

Do you think phone company employees intentionally draw out support calls for as long as possible so they can bill you more?