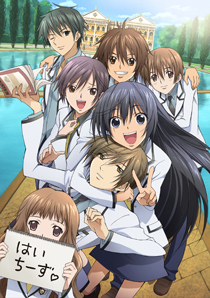 When you move overseas to another country, it's common to experience culture shock. Been there, done that, bought the T-shirt. If I see one more book talking about culture shock, I'm going to publish a book of my own called "You Really Expected People To Act The Same Here As They Did At Home?"

ASIDE: I made a note of saying to another country alongside overseas because I’m sure it’s quite reasonable to assume in my professional capacity as an overly verbose weblog poster that there will be some people who move "over a sea" while still remaining in the same country. Like moving from South Australia to Tasmania. Or Vienna to Zurich (?). Or from one side of Mawson Lakes to the other side of Mawson Lakes.

Does a lake count as a sea? As in, is my Mawson Lakes analogy above sound? Does a solid central European landmass count as a sea? Is the Vienna analogy sound? Can you still call it a bowl of oats if you replace the milk with transmission fluid and the vegetable matter with licorice?

For example, this longwinded post was created just so I could share with you a small detail about getting our study home in Adelaide connected to the all the internets. In Singapore to get your home connected, you would go to the ISP and ask to be connected in the morning, and by that evening you'd be wasting time looking at Wikipedia pages on Japanese television programmes.

In Australia, the estimated connection time after a successful application from scratch is a little bit longer:

Four to six weeks. Please excuse me while I walk over to a concrete wall and bash someone's head on it. I'd like to bash my own head on it, but I have an important assignment due in a few days. This post coming to you from a coffee shop WiFi connection… as I think many more will be for a long time to come!