If you haven't checked your Whole Wheaty pages in the last few days, Jim Kloss has returned from his mother's funeral in Ohio. He's back on the air in Alaska, is receiving parcels at home for Esther, and is even having fun with domain registration scammers according to his latest audio magazine!! It's great to hear his voice again, I'm glad those really, really difficult weeks are over, and that his family was there for him. Now if only people would stop sending him damned hate email he'd be well on his way to recovering!

ASIDE: As with my post on Ed Craver, I’m finding it hard to figure out what to say let alone how to say it, so I get the feeling this will be a post that’s just one disjointed thought after another. I decided not to create a Rubenerd Show about it because right now I’m in the typing zone instead, plus it’s easier to delete, rearrange and clean up all the nonsense!

In particular I wanted to talk about a few of the ideas he brought up.

For me it was interesting to hear how he perceives the human body as largely a vessel that merely contains the soul or essence of a person, and how disconnected they really are at times of great hardship or when they eventually pass on. The inevitable result of which is being able to see a close person to you in said periods of time or at those inevitable milestones and not feel so upset or hurt.

Despite my best attempts and my own journey to understanding perceptions and spirituality, I'd say for the most part I'm a still a materialist; not in the sense that I value possessions over humans or the other negative connotations people have with that term, but just simply that I don't see the difference between life force and physical objects.

The way I see it at my own current level of personal exploration, when I see a flower I don't think of the energy contained within as being distinct and the plant is merely the object we see and use to interact with it, I see a breathtakingly complex organism that has been the result of an incomprehensible time period of natural selection that has given its own species' unique physical characteristics and abilities. When the flower dies, the cells in the flower stop dividing and the organism no longer sustains its own existence. What I mean is: without the flower there is no flower life, nor the potential to evolve to something even higher or more beautiful. 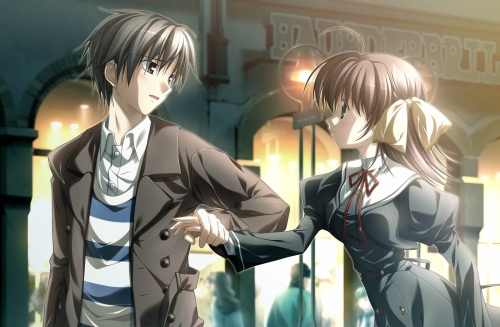 Perhaps this was what Jim meant by a container. In this case the flower is merely the container that has evolved to support the flower's life. My issue is that I see a container as more of a apparatus that just happens to hold a particular substance. Water in a bucket when spilled on the floor is still water; its properties and characteristics haven't changed. Again harking back to my limited materialistic perceptions, as a human being I feel intimately attached to my body to an extent where I couldn't feel as though I could exist without it. My body is not a container that could easily be swapped for another one, this body is me. In a sentimental way, this body has been with me though various iterations throughout my whole life, when I think about it it's the only thing in this entire universe that has.

I also feel as though my body is more than a container because it defines what I can and cannot do not only physically, but also in how I perceive things, remember things, feel emotions. The human brain, for all it's breathtaking complexity is still made of physical material that when changed chemically or physically affects what I feel, see and do.

To be very cold, unromantic and blunt (here we go!), I'd say if I were truly just being contained in this vessel, my thoughts shouldn't be affected by what happens to it. Quite the opposite, I know that if I drink a few Red Bulls, a cup of coffee or a few pints of Guinness my thoughts and perceptions change drastically. I'm not independent of my container, I am my container!

As Jim said himself, we might see things in this huge world in very different ways, but it is fascinating to hear how others perceive such life fundamentals, and damned f*cking comforting to know that no matter what we all do in this life, that we all have each other and that there are other people who can and do feel the same things we do. Just sometimes though (I know I speak from my own view especially): we need reminding of that fact.

And at the end of it all, the mortality rate of all humans is a perfect 100%. Well, unless Duncan MacLeod was really onto something. Black humour, both Jim and I are entitled to it right now. ;-)

ASIDE: Is it any wonder why I couldn’t bring myself to look at mummy and we needed a closed casket at her funeral? Perhaps I’ll grow, change and mature as I get older. I just wish I had been given the time to do so before she left. 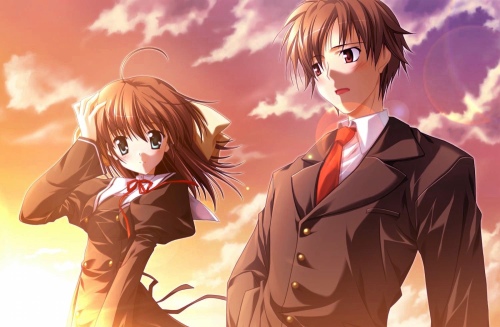