Isn't it oh-so-human-nature to only notice how important something is, or how much it shaped and affected your life, when it's gone? And isn't it a shame when some people can't see it at all?

Case in point for the former, the current outage over at Whole Wheat Radio has forced me to temporarily consider other music sources I can listen to over the period of a day in the background while I do studies. It's a pickle of a dilly. 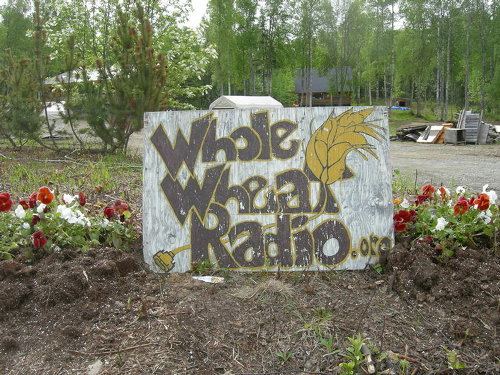 I tuned into three different terrestrial radio stations: one was playing Fergie (what an insult to ears everywhere!), the second the two DJs were discussing an up and coming concert by a group who can't sing, and the third was playing a Glenn Miller Orchestra song. At the risk of sounding like an old fart already, take a guess which one I stuck with!

If you're in Singapore, Gold 90.5FM is a poor substitute to WWR, but they do play some good stuff. Even if their website sucks harder than an industrial vacuum cleaner! Damn I miss the Wiki.

For some smooth evening chill, also check out An Evening with Dadaist Cabaret. The shows are long enough to be interesting and full of good stuff, while still being a manageable enough size to fit on an iPod, or whatever other portable audio device you may be using. I'm still waiting for a music wristwatch that's also a coffee machine. That would be sweet.

For the time being too I'm also listening to my Whole Wheat Radio iTunes playlist which includes all the CDs I've got so far from it including Kevin So, Greg Brown, The Philadelphia Jug Band, The Renovators, Guy Clark and hopefully soon Marian Call when the latest parcel arrives! There's only so many times I can listen to these fine folks mashed up together and on random before it starts to feel like a scaled down WWR though. And what if I want to say hello to Jimbob, Kelli, Atuuschaw, RubenBot5000 (he's my robot who chats after midnight Singapore time), Sparkit, FlyingTrout and more… damn I feel like some of my family has gone!

Here's hoping Whole Wheat will be able to get back up soon. Give 'em hell Jim!