This post took just under a week to type because of constant distractions such as studies and work. (isn't that always the case?). Because of this, it may seem a bit disjointed. Then again if you're used to reading my ramblings, this probably will seem normal.

My beautiful late mum always said to start everything you write by setting the scene. Considering I'm typing this and not writing it I'm not entirely sure if this rule still applies, but for the sake of posterity I'll indulge in it here. I always thought the word posterity was funny because it looks like posteria. I'm sitting at a coffee shop in Singapore in the early morning; the sun has just recently risen and (at the risk of unintentionally sounding risque) so have I. I'm enjoying an Americano and a slice of Tiramisu, a cute Japanese girl at the table next to mine just winked at me and I said ohayo gozaimasu which made her blush – which made me blush – and for some reason am feeling intrigued, a little confused and quite excited – but wait, it's for another reason!

Due to a particularly disastrous night sleep involving a bookshelf falling on my head (note to self: use all the screws Ikea gives you in the box, and don't stow a copy of The God Delusion high up because that's just tempting the powers to get back at you) I found myself at 3am listening to Jim Kloss's 11am Shoe (sic) despite promising myself I was going to try to realise a regular sleeping pattern again. I don't understand why one of the most entertaining and interesting people on radio and the intertubes does a show at such a bizarre hour of the day; I've been told it has something to do with time zones, but I can't shake this feeling that somehow he's involved in a conspiracy to turn me nocturnal, or to use the biological term: nocturnal.

ASIDE: I studied biological in high school, but I was mush better at chemistryical and enjoyed it much moreical.

In retrospect though I wish I had built that bookshelf ever so slightly worse than I did so it could have whacked me in the head twenty minutes or so earlier, because when I tuned into the 11am shoe at the misleading time of 3:24am I was downright fascinated by what I heard. Mr Kloss proposed that Whole Wheat Radio could be the world's first truly community driven radio station!

The idea infuriated me as I had not thought of it myself first, but as the initial anguish subsided I realised: Jim was absolutely right. Whole Wheat Radio is a community powered radio station.

To get a feel of why I thought Jim was right, consider regular, traditional terrestrial radio:

To put it as bluntly as possible, it's a friggen damned eye opening comparison! But there's even more to it than that: not only do wheatheads listen to and request the music that's played in Whole Wheat Radio (a fact that in itself would be enough to distinguish it from traditional radio), we are also directly involved in the music playing infrastructure itself. 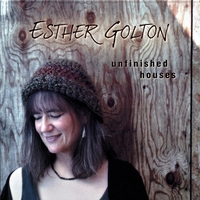 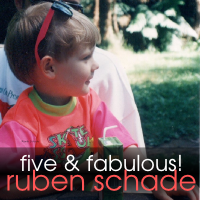 For these reasons I can't help but agree that not only am I fortunate enough to be part of this beautiful community, but that I'm also a part of possibly the first truly completely community driven radio station. I'm positive there have been other radio stations that can boast community driven elements, but I doubt there's been one that's been driven by real people outside "management" to the extent Whole Wheat is.

ASIDE: I tried being community driven myself once.

I posted on Twitter that I would do whatever people told me to. After five minutes of hopping on one leg in public wearing three sandwich boards, a clown shoe on my left hand and a saucepan in the other, a tea cozy over my head and shouting "THE IRISH ARE COMING!!" in a faux Russian-Africaans accent while riding an imaginary flying hexagonally-wheeled bicycle, my self preservation instincts kicked in and I abandoned the project.

For what it’s worth, my therapist says I’m making admiral progress.

It does present an interesting problem though; what do we call such a phenomena?

And those phrases don't even account for the international community behind it! Since Jim encouraged us to come up with our own ideas though, and given the fact I'm a fan of FLOSS software, I also propose this name which is 100% Rubenerd:

Think about it: the term "open source" implies we are allowed to see how software works and take an active or passive role in it's future direction. As a community of people from around the world constantly changing, adding to and improving Whole Wheat Radio, and who know how it works from the top end, the term seems to fit perfectly. Considering the wiki software that powers the website is open source too, and the fact that everyone who listens to Whole Wheat Radio is either a computer programmer or someone who's obsessed with electronics, it's a great choice. To use an Elke phrase: "… uh, yeah!"

Not impressed? Okay, what about this?

You could call it IFAOSIMDACST (pronounced eye-faw-sim-dak-est) if you wanted a catchy acronym too!

I think I'd better just stick to programming. Hey, it's the thoughts on the subject that counts right? If not, I just wasted a lot of time :-)

I’m not good at telling jokes either it seems.

Back to you, Jim.