Though I try to keep this blog focused mostly on Free and Open Source Software and technology news (most of the time!), I can't help but post at least something about this disturbing UN report the BBC is reporting:

Women are discriminated against in almost every country around the world, a UN-commissioned report says. It [reports] that 70% of the world’s poor are women and they own just 1% of the world’s titled land.

The report, which was prepared for UN Human Right Commissioner Louise Arbour, says rape within marriage has still not been made a crime in 53 nations.

Guess it doesn't help that every single major religion in the world disregards, is afraid of, and is biased against women in the first place. A darn good justification for being an atheist even if for no other reason right? Sorry, I couldn't resist! ;-) 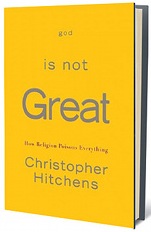 It reminds me when Christopher Hitchens was asked how he would eradicate poverty. In his typical blunt, direct manner he said that charity was a waste of time and an insult to people's dignity; the best way to eradicate poverty is to liberate women. I question at the idea of giving up on charity entirely, but the latter idea would certainly be a welcome help and a desperately needed step in the right direction.

With all that said though, I don't agree that women should be given preferential treatment, or given guaranteed positions or percentages in government, education, or business; I think they should have their performance judged like any other person would be. In other words, respect a person's abilities without considering their gender (or genders, as the case may be) at all. We should strive for equality above all else.

I get the feeling it will be a long time before this happens though, and it's a shame.