I’ll be elaborating more on what I mean by this on the Rubenerd Show, stay tuned. Get it? Stay tuned? It’s an internet radio show? A podcast? Stay… tuned? Hey, I thought it was funny.

For some reason, I've always found it harder than most people to suspend disbelief in stories, games and the like. If I read, hear or see something that's impossible, stupid or unreasonable… it frustrates the hell out of me.

Suspension of disbelief refers to the willingness of a person to accept as true the premises of a work of fiction, even if they are fantastic or impossible.
— http://en.wikipedia.org/wiki/Suspension_of_disbelief

Case in point, I was browsing a game website to see if anyone had more information about Knetwalk when I saw a screenshot from one of those now infamous Dead or Alive games: 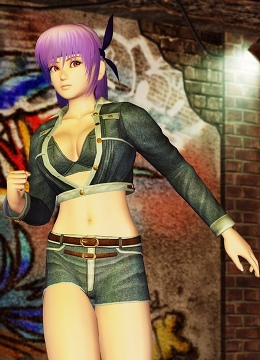 I ask you this right now: why on Earth is she wearing a denim bra, with pockets sewn on it? It makes absolutely… no… friggen… sense! I've heard from so many girls about how uncomfortable these contraptions are, so why would you make one out of denim? And put pockets on it? What could you put in those pockets? A mobile phone? An Objective-C Pocket Reference book? I think not!

The suspension of disbelief that I'm apparently supposed to have with this game (ridiculously over-the-top buff men and tiny adolescent girls fighting on equal terms in ridiculous locations with gravity defying moves and super human injury sustaining abilities) is tenuous and irreconcilable enough in my mind as it is even without this blatant pandering to obsessive game players!

And here's another example from the same game: why would someone in supposedly frigid weather be wearing a heavy, wooly jacket… with a miniskirt? What's next, are we to believe in summer she walks down a boardwalk in a t-shirt and snow pants? Snow pants!? 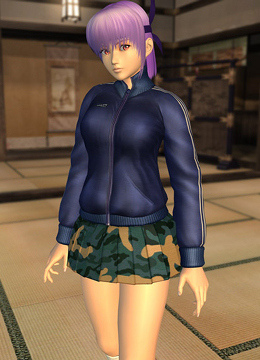 It's cold, good thing I'm rugged up all over!

This makes absolutely… no… sense! Rarely is the question asked: when did computer games become so ridiculous? And I'm absolutely positive there are far more examples than this!

And while we're talking about O'Reilly Pocket Reference books; don't get me wrong I think they're the greatest thing to happen to the computer reference book world and I can claim to own no less than 14 such tomes; but since when is a book which measures 18 by 11 centimetres pocket sized?