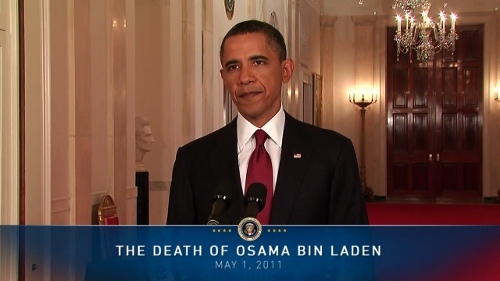 Great news, particularly for my American friends who lost loved ones on September 11th, 2001. I can still remember heading into school in Singapore reading the paper and not being able to believe my eyes.

President Obama fulfilled one of his promises tonight, but US forces are still in Afghanistan and Iraq, and they need to leave. I hope this is the next step, so we can all try to put this ugliness behind us and end these pointless wars that have killed hundreds of thousands of people. We also need to thoroughly repudiate the draconian reversals of our basic human rights imposed in the name of alleged security. Only then can we all move on and do justice to the victims. 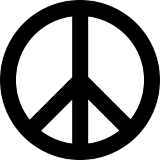 Unfortunately, despite the good news on the surface, part of me is tempted to think of this as a distraction and an example of security theatre. If the American government has lied to us at any point about bin Laden and the extent of his involvement in terrorism operations, there must be an investigation and those covering up must be held accountable. No exception.

I don't believe September 11 was a false flag and that those who allege it was are oversimplifying a very complex issue of geopolitics, but there is something more going on here and I don't think we're all being told the full story. American forces have been in Afghanistan and Iraq for longer than the duration of World War II and it took them far too long to find him. Why?

If it's uncovered that politicians used the death of civilians to advance their agenda, the American government owes the world the truth, as does the Australian and British governments for going along with it.

I'd say I'm cautiously optimistic this afternoon, but with some reservations.

Barack Obama's response is on the WhiteHouse.gov website. The MP3 link is broken, presumably because the same URL was copied from the MP4 video including the "_HD" text. Removing that from the URL points to the right file.

SINGAPORE – Prime Minister Lee Hsien Loong said that while “it’s a good thing Osama bin Laden is dead” – the terrorist mastermind having been killed by American forces this morning – Singaporeans should be reminded that there are larger threats beyond our shores, even as Singapore engages in political battles during this period.

There was allegedly a plot to blow up the American, British and Australian high commisions and embassies in 2001 too. They're all located one next to each other.

Prime Minister Julia Gillard says the death of Osama bin Laden comes as a “small measure of justice” to the Australians who have lost family members in terrorist attacks.

But she has warned that Al Qaeda is “not finished” and Australian troops still have work to do in Afghanistan.