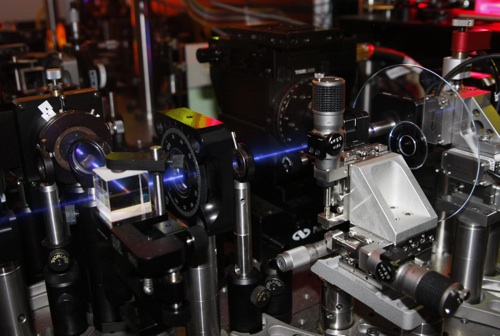 Reading an article Big Tom shared on Google Reader, I came across a post on the GE Global Research Blog regarding a breakthrough in material development that could lead to optical disks with a 500GB data capacity. One can only imagine how many jaffle recipes this could contain.

ASIDE: I was going to say I "stumbled" upon a post rather than "came across", but one Web 2.0 service has somehow ruined that phrase for me!

Reading further in, it appears the holographic technology that would make such large capacities possible is due to the data being stored in three dimensions by altering the reflectivity of certain areas of the disc. In traditional optical media such as CDs and DVDs the data is instead encoded as a series of pits or by causing areas to become transparent in the case of recordable media.

The potential uses for this technology are huge. The BBC reported a series of Hollywood movies could be stored instead of purchasing multiple BluRay discs, but that the market for such discs is uncertain. I guess it's natural to gravitate towards movies and audio when thinking about these technologies, but I'm far more interested in data storage, specifically data archiving.

It seems whenever a new optical recording technology has come along there’s a several year window of opportunity to be able to practically use blank discs to backup data before magnetic hard drives grow too large. With our first CD burner back in 1999 I was able to backup my internal 10GB drive onto 650MB discs without hassle. When we got our first DVD burner we could backup our internal 80GB drive onto 4.5GB disks without hassle. Before the DVD burner, backing up 80GBs worth of data onto CDs would have been a nightmare, just as backing up my current 4TB+ of data would be with DVDs now.

If this new optical technology were to come to pass and become commercially available, it would represent the largest real and percentage term jump in digital optical storage and would once again make backups practical. I could backup my drives without hassle. That is, until hard drive manufacturers develop 10, then 20, then 50, then 100 TB drives and we come crying back to the optical developers to come up with a new disc format to save us! 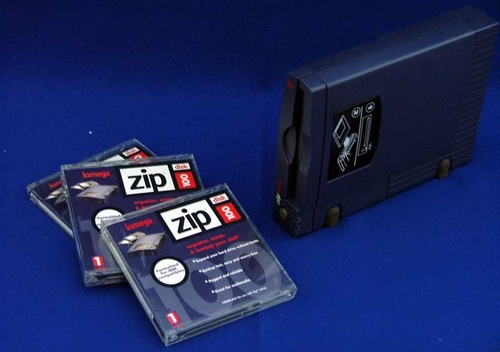 Unless Iomega comes up with a 10TB Zip disk. I miss my Parallel Port Zip drive and the stylish translucent USB 250MB drive I used with my first iMac. They used to make the cutest clicking noises… until the clicks started getting louder when they ate disks.

A Zip drive ate my homework once when I went to print it at school. I'm serious!