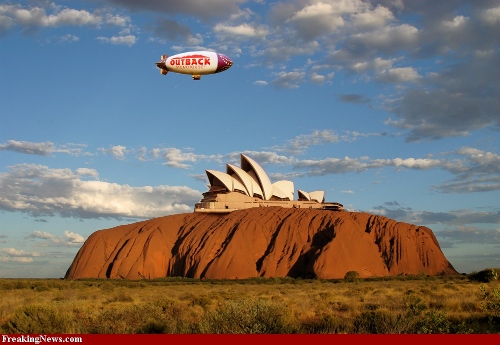 There are at least five things wrong with that picture. The most glaring thing is… there's an Outback Steakhouse in Millenia Walk [sic] in Singapore, and it has American flags outside. Then again that could be a mistake on the restaurant's part, in which case there's nothing wrong with this picture whatsoever.

Photo from FreakingNews.com. Another photo and site for which I have no recollection on how I found it. Like a boss, most likely.