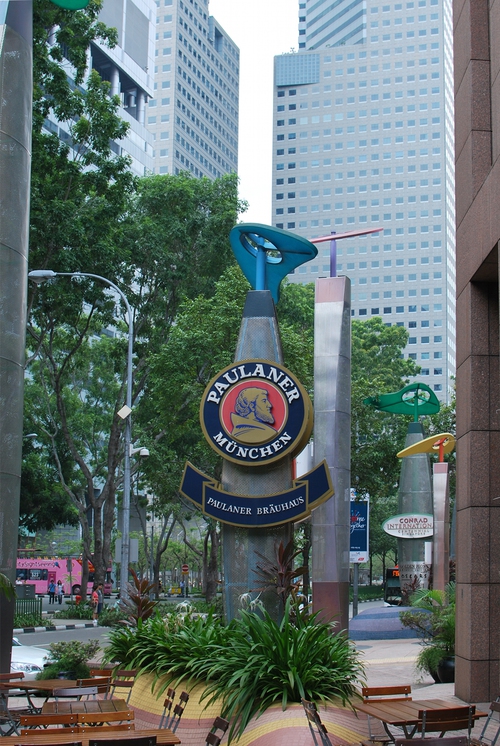 It seems somewhat ironic that my latest song obsession would be about a place I'm homesick for since I just left it again, but this time it's the Manhattan Transfer's cover of On a Little Street in Singapore, originally written in the 1930s. I no nothing about music but when I was told it's played in a minor key I could tell it's quite different. The trumpets also sound "old", probably using some specialised mutes which again I know nothing about.

According to those dang Wikipedias:

"On a Little Street in Singapore" is a jazz song written by Peter De Rose and Billy Hill. Though now obscure, it had some measure of popularity in the 1930s and 40s, marked by a number of high-profile performances. Artists to cover the song included Frank Sinatra, Glenn Miller, Bert Kaempfert, and Jimmy Dorsey among others. Manhattan Transfer covered it again in 1978. The song features a haunting, lazy hook in a minor key, with numerous diminished chords. The overall impression is both languid and wistful.

They're right, it has a laid back, summer sound. Singapore has changed a bit since then (the understatement of the century) but sitting at the Long Bar at the Raffles Hotel, the Riders Cafe, the restaurant at the Botanic Gardens or even a hawker centre having kaya toast for breakfast the song lyrics still fit :).

Given we moved around Australia and South-East Asia when I was growing up which firmly established me as a third culture kid, I'm glad I was able to live in a place long enough to consider it home… or at least more home than anywhere else.