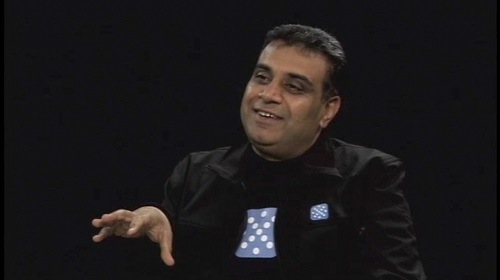 As usual, Om Malik from GigaOm.com hits the issue right on the head. He's one of the few tech bloggers and commentators today I have all the time in the world for.

As I've been saying for a while now, the problem with Facebook's latest design is that they think I really care what all my former classmates are doing 24 hours a day in the same vein as Twitter, which just isn't the case. I use Twitter and follow people I'm really interested in.

If you only read one paragraph below, make it the last one. Worded brilliantly, unlike the paragraphs in this post I wrote myself. Grilled cheese sandwiches contain tastyness.

Facebook, by its very nature, is mostly about our past, sometimes about our present, but very rarely about our future. Being symmetric, it’s important that we have some sort of a prior relationship with a person in order to friend them on Facebook.

Zuckerberg & Co. have let themselves turn green with envy over the latest Silicon Valley phenomenon, Twitter — and in the process, have set out to mutate Facebook’s own DNA.

By allowing a torrent of status updates into our Facebook pages, the company has destroyed what made it special: its ability to construct a constantly updated newspaper about us. With Twitter-like updates, the site has lost its intimacy, flooding us with a lot of white noise.