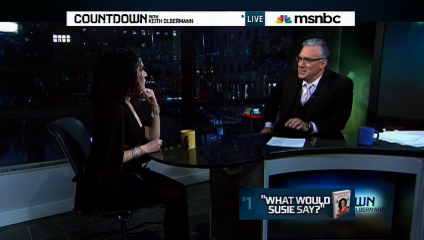 Ever since I saw his thorough, well constructed, passionate and fast paced rebuttal of Bill O'Reilly's Malmedy massacre faux pas and subsequent refusal to apologise, I've been a bit of a Keith Olbermann fan. His Countdown programme focuses on five American news stories from that day along with the reoccurring Worst Person in The World and other tongue in cheek segments.

My only problem was I could only watch snippets of his shows through YouTube because MSNBC doesn't have international affiliates in Australia or Singapore (though Bill O'Reilly can be watched in both, crap). Well it turns out for at least several months now you've been able to subscribe to the official Countdown podcast (RSS, iTunes) which lets you download full length, unedited shows without the TV advertising! 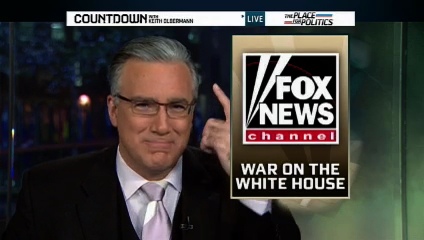 Two things to watch out for: firstly they're pretty hefty downloads at 200MiB+, and unlike most podcasts only the latest episode is available from the feed at a time, meaning if you miss out a day you miss out full stop. I don't have the time to watch every episode anyway, but if you intend to watch each one make sure you configure your podcast client to fetch new shows every day.

I often don't know many of the stories he discusses given I'm not in the US so I fast forward some segments, but there's enough my foreign brain can glean to make it a really worthwhile show to check out how my American friends are doing. Watch that along with your Daily Show and The Colbert Report and in American parlance you can turn into an evil Commie Liberal Monster!

I've been told Rachel Maddow is also worthwhile watching, but at this rate I think I've got an ample supply of American political programming!