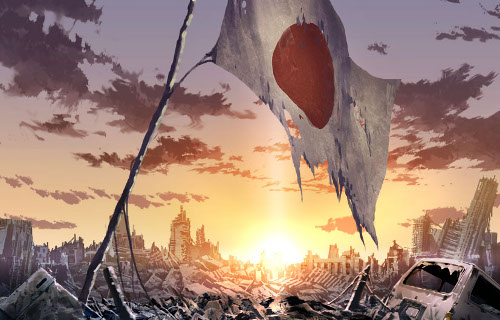 Given recent events overseas, my sister has bemoaned the use of tasteless headlines such as "bloodbath" regarding the New South Wales state elections results. In my opinion, this one takes the cake though:

Seismic shift shapes nation: NSW delivered a tectonic shift in Australian politics yesterday – a shift so dynamic it has the capacity to alter the cultural course of the nation for the next decade and longer.

Is this guy for real? I know it was was written by the far-right Piers Akerman for the Sunday Telegraph and I should have expected as much, but what a load of blowhard crap!

It wasn't just his assertions I found intellectually offensive however, it was his crude metaphors. I've had comments refused from their website before, so just in case I'm recording it here for posterity.

Am I the only one who thought the use of the phrase “seismic shift” and “tectonics” to be utterly tasteless given recent events overseas?

No matter how major such a political change appears, its in a subordinate part of a country (a state- an unnecessary extra layer of expensive, tax payer funded bureaucracy) and not the result of real “seismic” activity caused by real “tectonics” that has killed thousands and left many others homeless in Japan, China and New Zealand.

Bemoan this attack of “political correctness”, but I for one won’t be grieving the Labor government’s defeat here in the same vein, nor do I take the Liberal’s win as anything other than politics which is (to borrow a phrase) simply the primary school playground with money, bigger words and ammunition.

For what its worth, Labor deserved what they got in this latest election. The scandals and corruption went above even what we all expect from politicians. I'll be interested to see how/if the new conservative Liberal leader fulfils his campaign promises of increases spending in key areas such as education and public transport, while somehow also reducing the state budget deficit.

That said, this defeat is absolutely nothing like the real hell people are going through around the world right now, and his use of the terms techtonic and seismic were at best a cheap shot, and at worse macabre. I wish I could say I expected more from journalists in Australian papers, but to their credit they're consistently terrible.