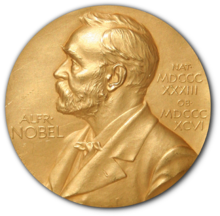 Todd Tyrtle recently posted a comment on Google Reader highligting what I think is the real problem with consistently idolising sporting achievements over other fields. It's not "cool" to take this position, particularly in a place like Australia, but I'm going to side with the egghead.

Maybe it’s me, and maybe I’m just a stick in the mud, but perhaps this sort of thing, regardless of one’s country, is a symptom of what’s wrong with people. We’re filling the streets because we won some games. We’re proud because people who came from the same place we live won some games. Big FUCKING deal.

When will people fill the streets because they’re proud they did something that really mattered – ended hunger, stopped a war, helped some people. Nope, some folks hit a puck with more skill than some other folks so YAY FOR US!

Fuck it, maybe the answer is to just make altruism a spectator sport.

I completely agree with you Todd, I've never understood the obsession with sport, particularly with the consistent gross recognition it gets over other achievements in science, research, medicine, even parenting which is the most difficult thing to do well.

We must be in the minority though, when our PM Kevin Rudd compared a Nobel Prize to winning an Olympic medal on Twitter recently, I commented that the comparison was a bit insulting given Nobel Prizes are on such a higher level to athletic achievements and the winners are solving real world problems. Within minutes I was chastised by almost everyone, even people who usually agree with me, and when I defended my position they started talking about semantics. "But but but… all he said was…"

Sorry to burst your bubble folks

… but sport != science! They're not even remotely close, and no matter how you spin it saying a Nobel Prize is an Olympic gold medal is a touch insulting. Its like saying its equivalent to being the most downloaded app in the Zune Store or being Barney The Dinosaur's favourite audience member for that day. They're all number 1 positions, but they're clearly not equivalent!

If you think I'm being unfair by singling out this one profession, don't worry I thought this was really silly as well, for similar reasons. Worshipping celebrities is also something I don't really understand.

Now if you'd excuse me, I'm off to get some lunch. Hope I don't get pelted with tomatoes when I try to leave the house!