This isn't a political blog, and I love screenshots, so instead of writing up a long dry post about Australian politics I'm just going to post some images. The gist of it: The coalition's and John Howard's reign of conservative evil has ended: Kevin Rudd and Labor won the election! Yay!

Hopefully we can look forward to pulling Aussie troops out of Iraq (why did John Howard support George W. Bush?), improving the technology and education sectors, finally combatting global warming and critically improving Australia's relationship with Asia, all of which John Howard genuinely screwed up. Political promises being what they are, right? ;-) 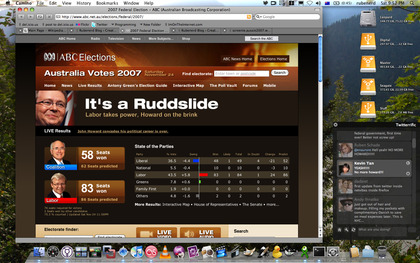 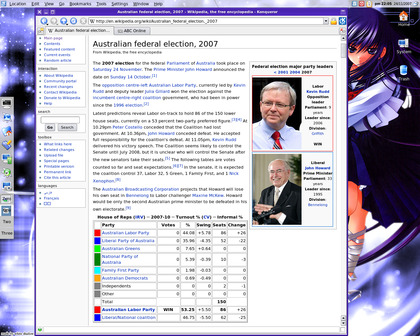