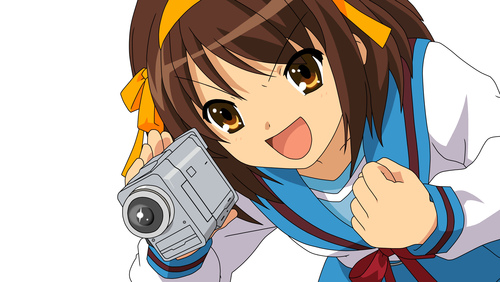 So here’s my brilliant new idea!

But first, some rambling context

I bought my Nikon D60 in 2009, and it was my first foray into SLRs. I’ve had so much fun with it; exploring lens shops, experimenting with different settings, every time I use it I learn something new. My beautiful late mum helped run a photographic processing studio in Sydney (Parrot Photo, any of you heard of it?) and I suppose her enthusiasm rubbed off on me. When I take a picture I’m proud of, I get tingles. But I digress.

Given its budget positioning, the D60 does have some shortcomings, but they haven’t ever really been a problem. It doesn’t autofocus on any lenses other than those with AF-S/AF-I motors, but often I find I’m faster at manually focusing anyway, and find it easier to do so for choosing subjects. It can’t shoot RAW and fine JPG simultaneously, but I rarely want to. ISO sensitivity is low compared to my old man’s D90 and some of the newer models, but the larger sensor size was such an upgrade from the bridge and compact cameras I used before I’m not complaining!

One area where I’m jealous of my old man’s D90 is battery life. Whereas he can go for almost a week without swapping batteries, my D60’s Nikon EN-EL9 battery barely gives it enough juice for a day of RAW shooting, and after owning it for several years I’ve noticed a shocking decline in its capacity. This culminated in my Supanova experience on the weekend, where I was barely able to take five photos.

Talking to other D60, D40 and D40x users, I’m inclined to believe I may have had a dud unit, but the rated 1000mAh does seem a tad low, particularly when my old man’ D90 battery is barely larger than mine and holds 1500mAh. 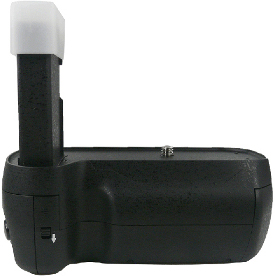 So here’s my brilliant new idea

At the last COMEX (link to an older one)… or was it SITEX? I forget. At an IT convention in Singapore I bought a stack of ultra high capacity 3200mAh NiMH AA batteries. The packaging says they need 16 hours to charge (which I even believe is optimistic!) but when charged they last for an age. In my FujiFilm bridge camera, I was well into my second week of daily shooting before they gave out, and that was with using the LCD on full brightness!

So this morning on a whim, I was browsing for replacement D60 batteries on eBay when I noticed a pseudo-camera grip for the D60 that can take two regular Nikon batteries, as well as six AAs! I figure if a 1000mAh lithium battery isn’t enough for a full day, then surely six 3200mAh NiMH AA batteries and two 1000mAh litihuim Nikon batteries should, right?

(I use the term "pseudo-camera grip" because Nikon doesn’t make them for the D60/D40 body, the D60 doesn’t support true camera grips with faster motors or extra shutter buttons, and even though it has the texture and styling of a real camera grip this unit is really just a glorified battery pack. Still, that’s good enough for me… I couldn’t afford a real one anyway!)

As with regular camera grips I probably wouldn’t want it attached to my camera all the time for the extra weight and bulk it introduces, but for all day events such as anime cons and trade shows, it might work a treat! And hey, if it turns out to be more trouble than its worth, at least I can keep it as a backup. Being able to power my D60 with AAs bought from a shop in a photographic emergency might come in handy one day :).