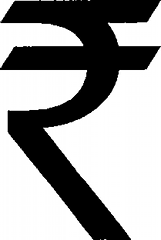 Despite not knowing the first thing about graphic design, I'm a unabashed logo and symbol nerd so I've been intently following the story of India's search for a Rupee symbol. Now Reuters is reporting they've found one. Reminds me of something.

Initial thoughts I thought and all that

I didn't like it at first because it seemed unbalanced, like it would topple over in a stiff breeze, but the way they able to incorporate Hindi and Roman lettering along with the de facto double line that's found in the Dollar, Yen and Euro was pretty cool. Is my lack of graphic design knowledge showing yet?

I often wondered why currencies like this never got their own symbols. When I lived in Malaysia I got a kick out of having part of my name in front of every RM denomination, but it takes up twice as much space and isn't terribly imaginative.

I wonder how this will be implemented in Indian computers? Will they ship with a symbol on the R key you can activate with FN, or will it replace the $ on the 4? And where in Unicode will it go?

Now I know what it reminds me of: 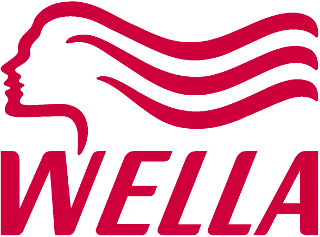 I suppose Indian people are always winning beauty pagents and whatnot, so it makes sense. Unfortunately as anyone who has seen me can attest to, I also know virtually nothing about hair and hair care. I think I'll stop while I'm ahead. Get it? A… head!?

Actually now that I look at them side by side, they don't look anything alike at all. Disregard this entire post.