Today’s the last full day Clara and I are in Japan, so you won’t be subjegated to our Twitter and blog spam from here for much longer. Or if you’ve enjoyed it, thanks for your positive comments :). 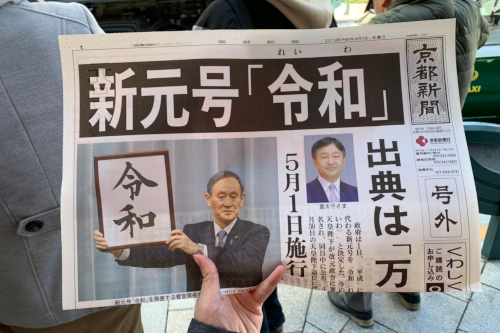 Clara sent me the above photo from a newsstand down the road while I sit at Mos Cafe, a surprisingly beautiful space upstairs from a Mos Burger. It has plants, wood, plants made of wood, everything. The cafe, not the announcement. 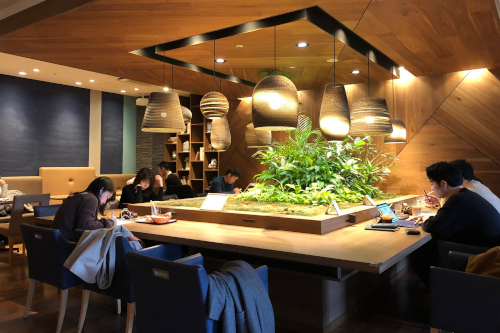 Anyway, it feels oddly humbling to be here when this was announced; the last era name was unveiled back in 1989. Osaki Tomohiro wrote for the Japan Times:

In a much-awaited moment that heralded a new chapter in Japan’s history, Chief Cabinet Secretary Yoshihide Suga announced Monday that the new Imperial era will be named Reiwa, taking one of the final steps toward initiating the nation’s first imperial succession in three decades.

Suga, who displayed a placard showing off the kanji characters for the new era, said the name was formulated based on a poem from “Manyoshu,” the oldest existing compilation of Japanese poetry. The first character represents “good fortune,” while the second can be translated as “peace” or “harmony.”

Naturally my first thought was to how this would be implemented technically. Most Australian newspapers struggle to understand what the Internet is, but the Japan Times had this covered:

In a nation where gengo has long been cherished as a way of identifying a year — as in “Heisei 31,” which corresponds to 2019 — in many official documents and computer systems, its change has had far-reaching practical implications, too. Local municipality officials, computer engineers and calendar manufacturers, for example, have spent months preparing for necessary changes.

I’ll say this much: it’s a political reprieve from endless Brexit sillyness.