Anyone who used the internet in the 1990s would remember Netscape Navigator, the standalone web browser before Netscape Communicator that you originally had to pay for: the software that Microsoft was so successful in burying all those years ago in the first internet browser wars. I used Netscape Navigator, Eudora and ICQ… sniff, so many memories!

Well I'm now typing away on Netscape Navigator 9 for Mac OS X. After all those years of feature creep, slower speeds and bloated executable sizes, the new Navigator is lean, mean and noticeably zippier. It's based on Firefox instead of the former Mozilla Suite and it shows. Plus, it supports nearly all the Firefox plugins and themes too.

Aside from the obvious changes under the hood, the new Navigator has also been redesigned on the surface. The new toolbar icons are much clearer and instead of a separate search button next to the Address bar there's a dedicated search box. The toolbar, tabs and titlebar with these changes noticeably take up less space. Compared to Safari and Camino (my current primary browser) the difference is tiny: 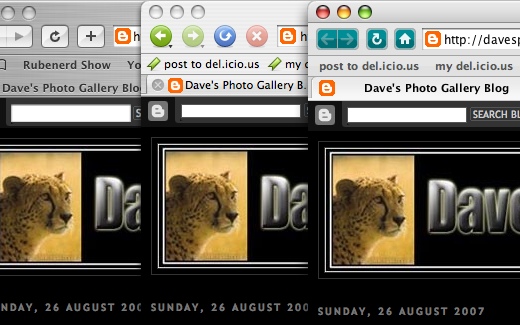 Really I can't see enough compelling reasons to switch if you're already a Firefox user, but for me there's something so nostalgic and pleasing to grace my modern computer's dock and Applications directory with that venerable serif N on a black planet scape with the teal sky. I'm so sentimental (^_^). 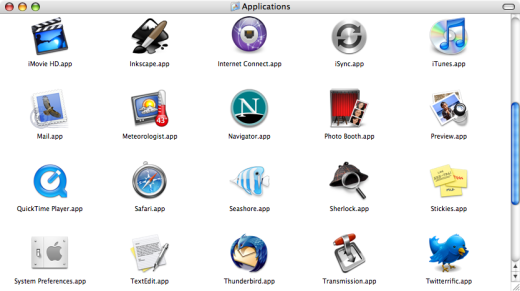