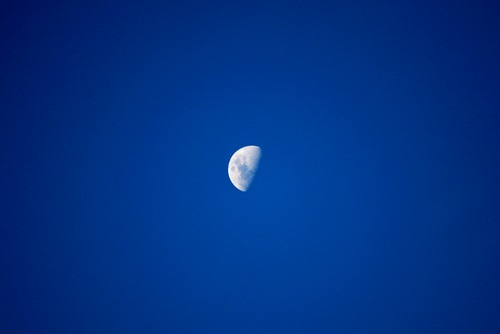 BBC World reports from The World which is useful for me because I live there. Genius, right? One of their latest stories concerns a NASA mission whereby they'll be deliberately crashing two spacecraft into the moon to determine whether or not water ice exists.

@bbcworld: Nasa is set to deliberately crash two spacecraft into the Moon to try to learn whether there is water-ice on i.. http://bit.ly/hqUYM

Well that blockquote didn't really introduce anything I hadn't already mentioned. I'm better at summarising than I thought I was.

Leaving aside the knee jerk reaction I had initially ("oh great, humans are going to start dumping garbage on the moon now!") I thought of a way they could accomplish this without having to invest money in new procedures. Get a team together and inform them they want a probe that will orbit the moon, and make sure some of the contractors are programming in metres, some in feet. We know this works already!

I say this with confidence because I'm perfect and never make mistakes, of course.