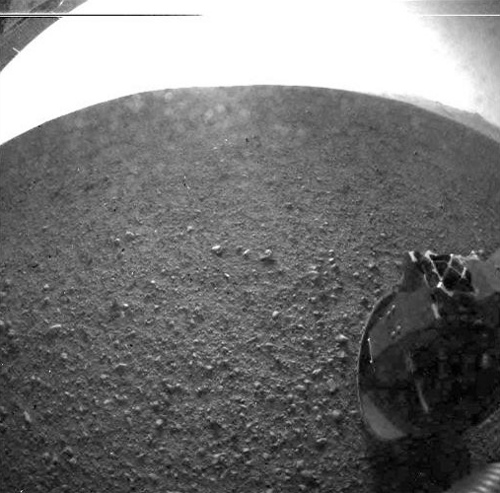 Posted last today, so it would appear as the first post on my site for a while :)

It was a warm early morning in Sydney when I stayed up late to watch the launch of NASA's Curiosity rover. Staring into my iTelephone screen in the pitch blackness of my bedroom, I watched in awe and child-like excitement seeing the rocket blast off into the sky. From the original post:

Whereas during STS-135 I watched with baited breath on my MacBook Pro, this time I elected to witness the event on my iTelephone, which the NASA site accommodated with an iOS link next to the primary video feed.

Despite being roughly half a minute behind the live picture during the feed, I got a quiet, giddy thrill from watching the launch in a darkened room, from my bed, with my iTelephone in hand. For the first time in ages, I felt like I was living in the future. 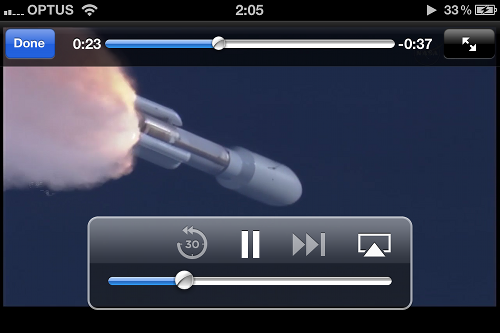 Now here we are six months later and…

From the NASA site:

This [image shown at the top of this post] is one of the first images taken by NASA’s Curiosity rover, which landed on Mars on the morning of Aug. 6, 2012. It was taken through a fisheye wide-angle lens on the left “eye” of a stereo pair of Hazard-Avoidance cameras on the left-rear side of the rover.

The logistics of launching such a massive vehicle into the sky, sending it millions of kilometres, have it land safely with a hovering sky tethering system, rebroadcasting images and commands via a satellite previously launched and placed into orbit around the Martian planet… so this guy can include this image on his weblog. Well, among other uses, but you get the drift. There's a pun about Martian dust storms there somewhere.

The preciousness of those pixels. Once again, I'm at a loss for words.