Hi again from the Blue Mountains! It’s been such a wonderful week bush walking, reading, and chilling in coffee shops around Katoomba and Leuna.

But we also accidentally stumbled upon the Velvet Fog Record Bar, the best vintage Hi-Fi hardware and music store we’ve ever seen in Australia. I saw my first Pioneer draw-loading turntable in the flesh, figuratively speaking, drooled over a triple-head Sony tape deck that could be programmed to specifically detect the obscure type III tape formulation, and bought a rare Michael Franks LP. I even saw a beautiful Kenwood AM/FM tuner which I’d have snapped up in an instant if it weren’t for the fact my amplifier was already a receiver. 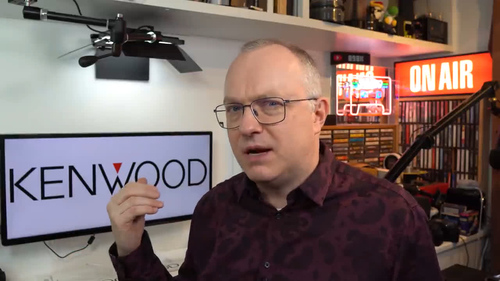 Which leads me to a question Mat from Techmoan asked six months ago:

He’s already long tabulated and discussed the results of his survey, but I thought it’d still be a fun exercise anyway. So I paused the video and wrote down my first five:

I was surprised and bitterly disappointed in myself that Yamaha didn’t make my list, given my tape deck and receiver are both from one of the two tuning fork companies which I inherited from my dad. He mostly had Denon and Yamaha, along with a Technics turntable he brought back on a cruise to Fiji in the 1970s because it was still cheaper than buying domestic. He still has the beautiful shipping line sticker on its cardboard packing box.

These were Clara’s when I quizzed her, for completeness:

My aim is to eventually have one of the major manufacturers represented in Clara’s and my eventual Hi-Fi build. There’s something about the Kenwood aesthetic from the mid 1980s I love, but our LaserDisc/CD player is already one of theirs. Maybe I can cheat with a graphic equaliser.