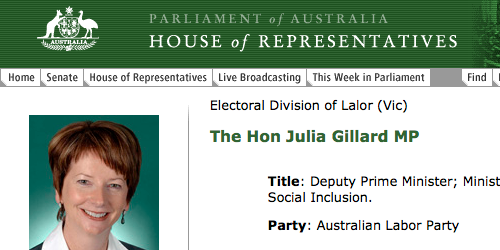 The Aussie government seems to be going ahead with their plans for their MySchool website that will publish school marks and rankings. In an interview on Lateline I just watched, Julia Gillard assured us all league tables would not be generated. Unfortunately, she's wrong.

I think what she meant to say was the Australian Government would not be generating league tables. As Alex and I discussed on Twitter, put enough statistics and information online and someone will come along and make a mashup of it. As soon as this MySchool site goes online, it won't be a question of if league tables are generated with the published data by third parties, but when.

I really wonder sometimes if politicians in governments such as Australia's have any idea of the implications of their policies. Sometimes their actions make me wonder!