I’ve had a resurgent interest in vintage music formats of late, from cassette tape formulations and Walkmans to MiniDiscs and re-imagined 1980s headphones. It has the advantage of generally being cheaper than new gear during these fiscally tough times, and is infinitely more fascinating.

On the weekend I finally fulfilled another dream: to own my own fully-serviced linear tracking turntable. And here it is: 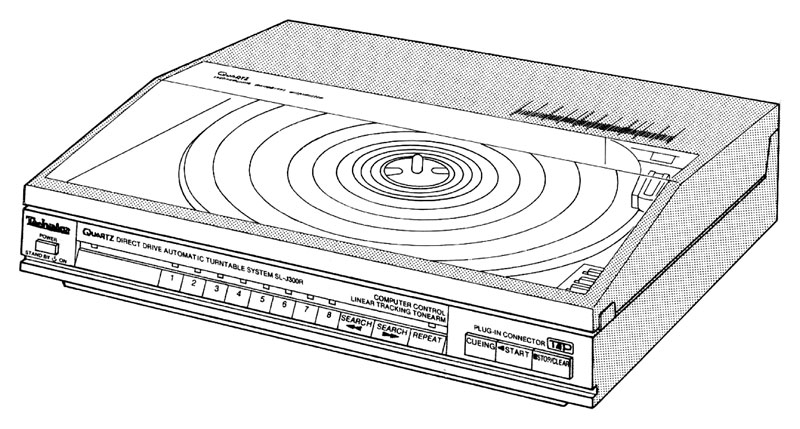 Okay that’s just a graphic from the user manual, it’s not in my hands yet. Not that it would matter, it’d be hard for me to take a picture of one while having it in my hands. Eventually when it arrives I’ll take a picture while sitting on a cabinet or table surface. The turntable I mean, there’d be no point me sitting on those. Which one am I?

The Technics SL-J300R arguably represents the pinnacle of Technics turntable technology and design before vinyl finally succumbed to the CD in the early 1990s. The current vinyl resurgence is fun to see, though most modern tables barely have any of the features of this one:

I’ve had this and a few other Sony, Technics, and Pioneer tables budgeted for and on eBay saved search lists since 2018, and Techmoan’s review only strengthened my resolve. Despite eBay’s best efforts at emailing me junk and spamming search results, I was overjoyed to finally snap one up minutes after it went live over the weekend. It’s overengineered, completely pointless, and I can’t wait to play with it.