Yes, I’ve finally replaced my highschool-era device with a fancy new LCR meter, the Pro’sKit MT-5211. I wish I could say this was the result of studious, well-documented, and thorough research, but it was the one that Medhi uses in his ElectroBOOM videos, and he’s delightful.

Here he is experimenting with induction cookers: 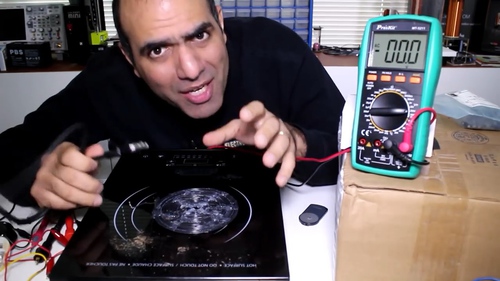 I lucked out on the price, on several fronts:

All in all, a low three digit purchase became a low two digit purchase. Which this meter could pick up, given its resolution! A bit of a precision joke for you there.

Alas, I don’t have my Nagato Yuki figure with me to take a picture with, like I’ve done with all my hardware purchases going back a decade here, so this recent cute promo art from Nagato Yuki-chan will have to suffice. The laptop may also provide a sense of scale, which is another precision pun for you there. 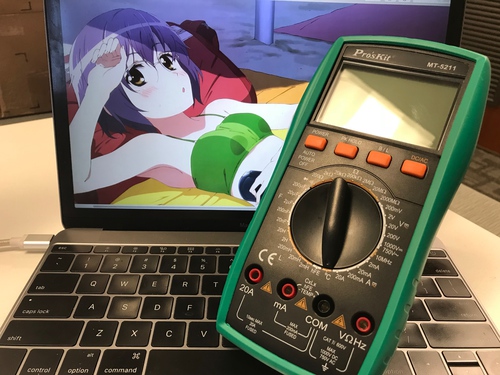 Little did I know that among an inundation of recent emails though, regular contributor William Hales emailed me further details, which looks interesting and worthy of being passed on:

A note on LCR meters: the LCR-T4 project (widely cloned) is a useful first step if you don’t want to throw cash on the “traditional” boxed units. Lookup “LCR tester” on eBay.

There’s a whole long thread about this platform and its relatives on the EEVblog forums. The author’s also on there.

My boss also reminded me of the EEVblog 121GW Multimeter which also looks amazing, but a little outside my price range. It’s a sweet looking unit though.