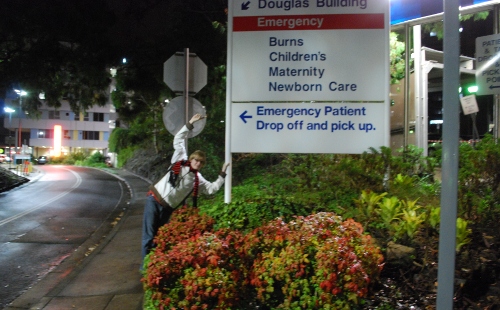 Its the sixth birthday I'll be celebrating here at Rubenerd.com, and I won't be breaking my tradition of writing birthday related entries that have absolutely no value whatsoever :).

The Bird is The Word

Given my relatively quiet nature today was mostly spent in the pursuit of happiness in the presence of my old man and sister, as well as my late mum in spirit I like to think. To be honest, for some reason I've been missing her a bit more lately. Perhaps the grim reality has finally started to settle in a bit that she really is gone for good, and that I have to accept it.

But anyway, today marked my quarter century mark being on this warm spinning blue orb in the coldness of space. I quite like it here, I think I'm going to stay :). 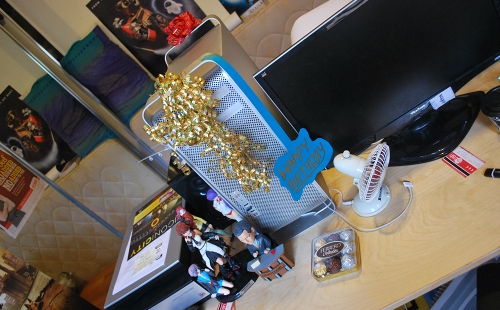 This morning I slept in and was greeted at my computer desk with my Mac Pro inexplicably covered in streamers and party bows! Its a family tradition to do silly things such as this, one year my mum filled a relative's birthday card envelope with glitter, so when they opened it the stuff poured everywhere and would have been frightful to clean! We're very sophisticated here ;).

So I made my way to the Euro Coffee Bar down the road from us in Earlwood where my sister Elke works. Shortly before leaving after having my regular cuppa, Elke pounced and gave me a cheesecake with HAPPY BIRTDAY spelled in candles! Allegedly the second "H" snapped in transit, but that's okay I think we have a new meme. :D 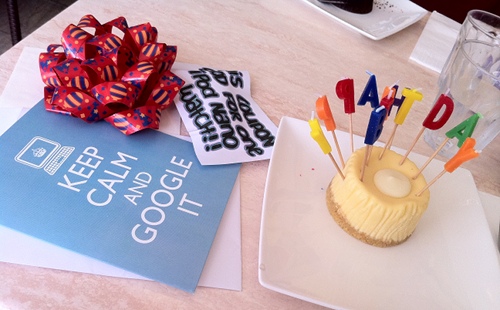 This is The Tale, of Alan A’Dale

If you follow my Google Reader shared items list as of late, you would have seen my… shall we call it "obsession" with these new types of wristbands that turn the latest generation of iPod Nano's into wearable wristwatches. Well along with a Weird Al UHF DVD (yays!) and a terribly awesome Keep Calm and Drink Tea poster, Elke went out of her way and procured me not only said wristband, but an iPod nano to slot into it! I couldn't believe that she had gone to that much trouble for me :)

To be blunt… I feel like Commander Keen walking around wearing this gadget on my wrist. Despite its slightly larger size, its surprisingly lightweight and the clock application with the backlit screen looks absolutely stunning. Other than the fact you need to tap the power button to display the clock, by all accounts its a real wristwatch with timers and stopwatches and displays for the date and customisable timezones and and and and… you get the idea. I'll add a review of this to my pile of posts I have to write at some point :). 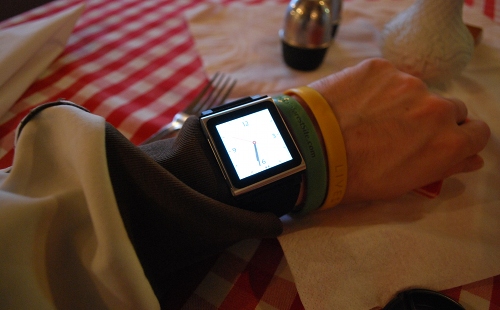 We wandered around the city in the late afternoon, then finally made our way to the Austrian Club of Sydney for dinner. Ironically, its rained on my birthday every year since 2005, and I've had German[ic] food for dinner every time as well! I suppose its a tradition at this point, and one I hope continues. Well, the latter at least! 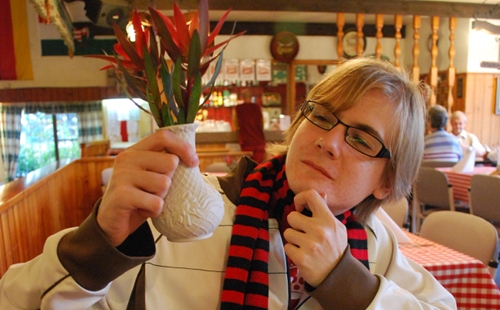 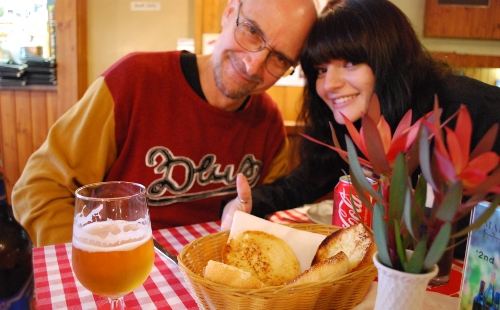 In Soviet Meme, Ruben Repeats You

While driving home we took a quick detour and made our way to the Royal North Shore Hospital where my mum was no doubt screaming her head off in pain 25 years ago. I think birthdays should be as much a celebration of the parents who made it possible, and suffice to say the mother does most of the work ;).

As I said on Twitter, it was ironic that despite being born in Sydney, the last time I'd had a birthday here was on my birth… day. My family moved to Melbourne before I turned 1, then we were in Brisbane and finally in Singapore when I was in late primary school. In the whole time since, Sydney (like the rest of Australia) seemed more like a holiday destination than a home, though now I'm glad I'm getting to know this city, even if its 25 years too late!

Thank you to all of you on Twitter, Google Reader, the newsgroups and mailing lists I'm a part of and in email for your wishes :). As I said on the Twitters at midnight:

A quarter of a century ago today (aka 25) my lovely hippy mummy unleashed me upon the world. Rest in peace, I love you <3 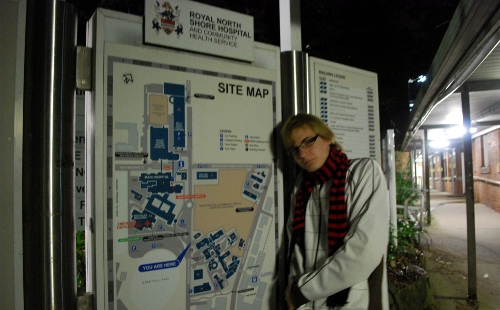 Travel back in time!