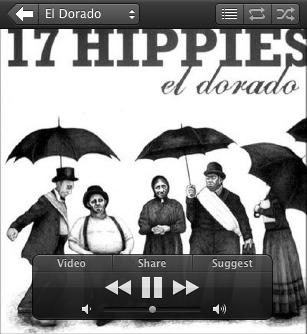 Atuuschaaw shared a link in Google Reader to Digital Music News about a sharp decline in music sales in the United States, specifically albums:

How long does this story go on? Surprisingly, the latest CD death-watch report comes from Billboard, typically a label cheerleader. According to an analysis published Thursday, US-based album sales tanked 18.1 percent year-over-year during the month of August. And, compared to the same period in 2007, sales were off by 37.2 percent.

There are several things I could say about this. The first thing would be to slouch over, pick up a walking stick, dye my hair grey, get fitted for dentures and say most commercial, top 40 music thesedays is just… terrible. I certainly don't like all the music from previous decades, but it's quite obvious to me there have been far less breakout acts in this decade and far less original, fresh material. That's flamebait for some people who are diehard fans of the Jonas Brothers or Miley Cirus or what I call "commercial, artificial, mass produced disposable music" for example, but I stand by the claim. Not that I'm bitter.

What I think is interesting though when I read these gloom and doom stories about falling music sales is nothing could be further from the truth with our family, and I can thank two different reasons for it. I've talked at length about Whole Wheat Radio before, but they're an example of a website of artists that instead of complaining about how commercial music is going down the toilet, actually took a stand and released their music independently or with indie labels. I've bought dozens of CDs from them, the latest of which only a day ago!

Another way we've been different though we have Gramophone to thank for. Gramophone is a somewhat typical chain of boutique CD shops in Singapore that took the opposite approach to HMV (which recently shut their flagship store in Heeren, I remember when they opened there back in the 1990s) by having smaller shops with more friendly staff and an emphasis on variety rather than Billboard charts.

While nice, that's not the reason why we bought more music because of Gramophone. The reason is Gramophone at The Cathay building on Orchard Road heavily discounts CDs that don't move off the shelves as quickly. I don't mean taking a $30 CD and selling it for $20, I'm talking about taking a $30 CD and selling it for $1, or $2! My sister, dad and I when we were all back in Singapore would take baskets down to Gramophone and buy hundreds of these CDs almost at random (NOT an exaggeration), and while some where terrible the vast majority were brilliant. We ripped them all to our music server and have been thrilled with the results! Much of it is world music we would never have heard before.

Sure musicians have to make a living, but even as a 23 year old I'm already sick and tired of the over-commercialisation of music. If labels weren't greedy arses (HA!) and spent more time with artists who had something new and fresh to contribute, there could be a renaissance. We're starting to see this without the labels' help on the Internet.