Welcome to another installment of Music Monday, the self-evident blog post series for which no further explanation is presumed to be required. Or needed, if this were about Bread. Get it? Because kneeding is what you… shaddup.

My parents had a set of their own mix tapes they’d play in the car during long road trips which came to define my sister’s and my childhoods. I owe my knowledge of Michael Franks, The Beatles, Van Morrison, Joe Cocker, Santana, the Dooby Brothers, Angélique Kidjo, Bread, and too many more to count from listening to those tapes. They were played through rural Australia, winding roads in the Balinese mountains, and the first few years after we moved to Singapore. 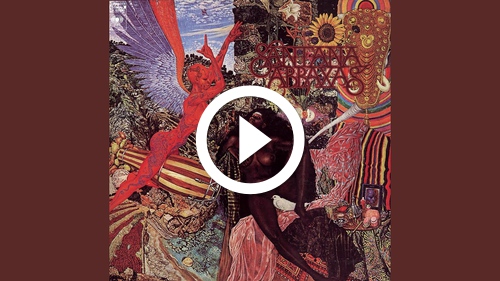 This song from his 1970 album Abraxas is my all-time favourite Santana song, and in my top five favourite songs of all time. It evokes so many emotions and nostalgic feelings for those carefree days before my mum got sick and the biggest troubles to beset our family were deciding where to spend the holidays. It’s also a beautifully-crafted song in its own right.