To remind us of better times for Kyoani and the world, have the greatest ending song of all time from their 2006 adaptation of Suzumiya Haruhi. 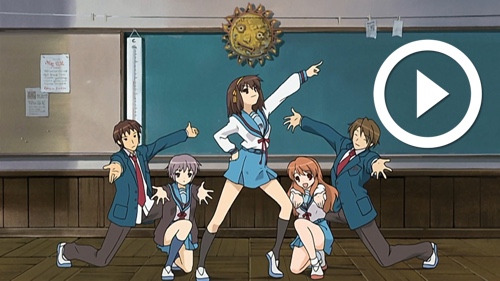 I was watching this legendary series when I was living in Malaysia, and my future girlfriend was dancing it’s ending theme song back down in Sydney. Years later, and I was cosplaying Kyon (far left), and Clara was Yuki (second from the left).

If this isn’t the best ending song of ALL TIME, I don’t want to be right!