This post was originally created using a very slick client side Mac application called RapidWeaver. It made creating my third weblog and posts very easy, but being client side meant I needed to upload every small change, and it wasn’t open source. I moved over to WordPress a year later: forth time’s the charm right? ;).

Just saw an ad for Boston Legal on Channel 7; I knew that William Shatner, sorry Captain Kirk, no wait I was right the first time. I'll try again.

Just saw an ad for Boston Legal on Channel 7; I knew that William Shatner was in it but Murphy Brown appeared to! Awesome! 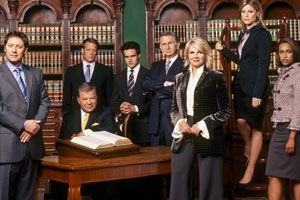 The team on Boston Legal

I remember one ad for her show we had on some cheesy Christmas recording on VHS. I think she was in a moard beeting, sorry board meeting, with little cookies or something on a tray for an office Christmas party; she was passing the tray around and one couple asked her if they were small. In her classic down-to-earth style she exclaimed that "no they were made that size by microscopic aliens with their miniturising rays! Of course they're small, can we get on with it now!"

Amazing how much trivial, pointless stuff you remember. My grandad in Firefly calls it his "vast store of useless information". Very apt!

And just saw an ad while typing this for Windows XP; it was centred around an artist discussing how the "wondrous world" of Windows helps her turn dreams into reality yada yada with all these swirling colours and cut out figures dancing around. Guess Redmond is trying to challenge the notion that their products are un-insipiring in the face of… oh I don't know, what's that creative, 'hip' computer company again? Has five letters and begins with A… 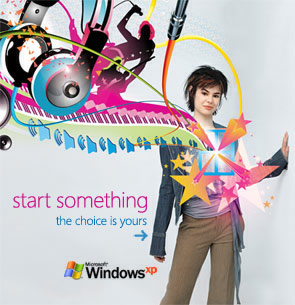 As John C. Dvorak said about Microsoft on one of the more recent episodes of TWiT:

“I tell you, this company is dead in the water.”

And now a show is actually starting, some gymnastics competition in Melbourne apparently. Why do the guys get to wear pants and loose shirts and the girls have to wear those things that look like swimmers? I understand the need for clothes that wouldn't catch or slow you down when you're doing this stuff, but how would they be able to concentrate, I'd be shivering myself to death. Plus the guys can do all these complicated hurdles and stuff with loose fitting clothing on… is this another sign of the social position we're in at the moment, or it just me? 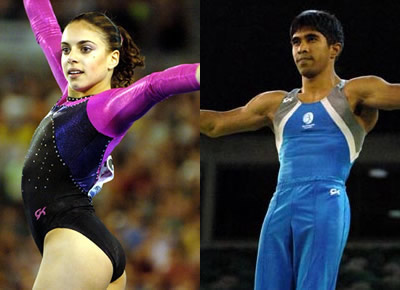 Okay my one hour of designated television watching is over. Back to studying, damn it.