Clara and I are moving to Chatswood. The rent is cheaper than North Sydney, and we spend most of our time there anyway, so we’ll save on train fares. More stuff is open late and on weekends, and there are so many great Asian restaurants and supermarkets which feel like home.

So since we’ve been back in Sydney from Singapore we’ve lived in Earlwood, Hornsby, Mascot, North Sydney, and Chatswood. More than most cities I’ve lived in, I’m intrigued by how distinctive suburbs are here. And there aren’t clear winners either, they’re all good for different reasons. Except Earlwood.

I was looking it up on Wikipedia, and there’s a spectacular aerial photo of the commercial area around Chatswood it looking south towards Sydney: 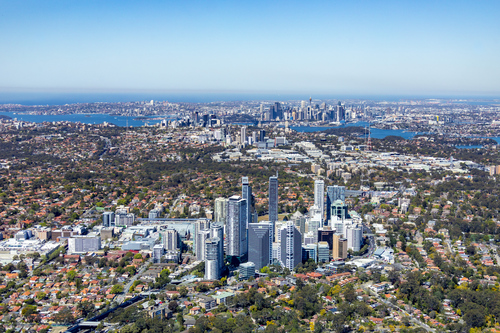 If you look towards the top, you can make out St Leonards in the foreground, North Sydney to the west, and Sydney and the Harbour Bridge behind it. The clarity and sharpness is incredible considering it’s ten kilometres away. 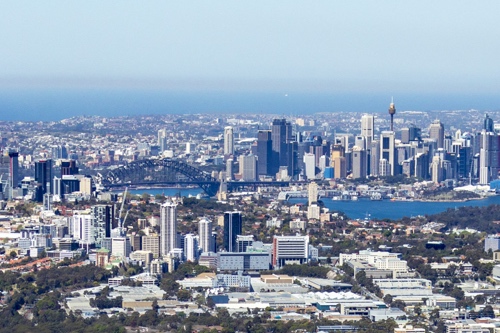 Thanks to Mark Merton for taking this and sharing on Wikimedia Commons.