Via Elisabeth Law on Twitter. I immediately responded with Blues Brothers because I haven’t seen any movie more times. 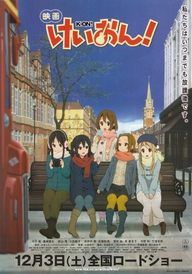 Even though I thought it was a so-so movie, I’ve probably cumulatively seen Air Force One five times. It was my first VCD in Singapore, and I used its DAT files to experiment with different encoders, etc. If only my lowly Pentium 1 machine somehow had a LaserDisc player, the quality on that was significantly better.