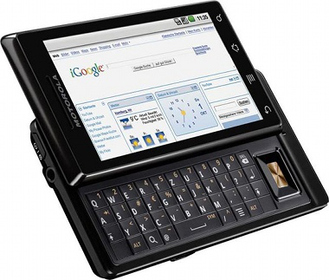 The manufacturer of my second mobile phone in primary school being bought by my third search engine. Pardon the French, what a mindf*ck!

With the acquisition of Motorola Mobility — the company that was spun off from Motorola because spinoffs are always as successful as they are on television — Google has now officially entered the mobile hardware game.

Of course, with all the marketing hype swept to the side, we know why Google did this: for the patents. Clearly still smarting from declining a share of the Nortel patent portfolio then complaining about it in a rather sorry way, they're now out on the offensive. If you want to sue them for the patents they're violating, they can sue you back!

For a blog of nerdish interests I've talked for far too long about legal nonsense for a while now though, so instead I'd rather talk about the tech itself.

Talking about the tech itself

As I said above, this acquisition (I always though that'd be a great name for a ship) is Google's first move into the hardware business for their handsets. While it may be a further step backwards in their alleged openness, it seems like it was a logical business decision.

In response to the fragmentation and mixed user interface experiences their hardware partners were deploying in order to differentiate their products from every other Android device, Google entered the game with Google branded phones. These reference implementations, dubbed the Microsoft Signature Experience, allowed Google to claim handset makers were free to implement Android however they saw fit, but that there was a Right Way To Do It.™ Namely, that they should use Android exactly as is.

With a hardware division under their wing now, it seems entirely possible Google will develop their own vertically integrated device.

While the likes of HTC are welcoming the move officially, you've got to think their rhetoric about protection from patents will soon be overshadowed by fear. I mean, as a consumer why would you get a Google phone from someone other than Google, particularly given Google develops most of Android in house in an Eric S. Raymond Cathedral and has access to large swaths of closed Android source code they can use to their competitive advantage.

Needless to say, very interesting developments. And feel free to call them Motoroogle too; I just came up with it in my head but I'm sure I haven't been the first to.