An Australian politician in the ruling coalition have said he won’t be installing the COVID tracking application, because he treasures his privacy from the Government.

Social media and the press have been making jokes about his sudden interest in privacy, given he’s on TV seemingly every day espousing his views. At least, when he’s not advocating to “protect” the sanctity of marriage from homosexuals while having children with his mistress, then having a public and unnecessary TV special describing the lurid details that fortunately didn’t include pears. 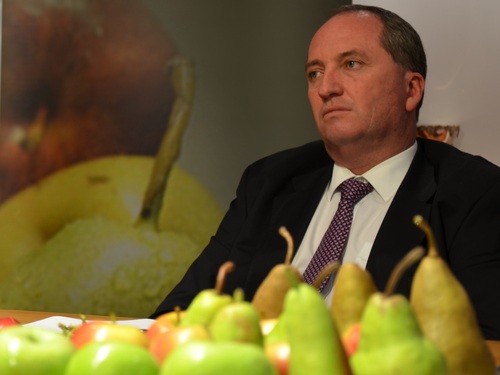 I understand it’s tragically hilarious and makes for a great sound bite, but it’s a smokescreen all too many news organisations and social media tweeps have been falling for. For once I’m in agreement with Barnaby Joyce… whoops, I said his name. This government has done nothing to earn our trust with our data, especially after their bungling of My Health Record, and the predicted scope creep and inappropriate use of stored metadata.

Which leads to the inevitable question: if Mr Joyce is the Government, does he not trust himself? And more importantly, why does this logic not extend to metadata retention and encryption backdoors, for which he enthusiastically voted for both times? Why isn’t the press covering this glaring, transparent hypocrisy? Why are these politicians continuously let off the hook for this?

I suspect the answer is because he’s under the misapprehension that only this tracking application would affect him personally. Which says more about his priorities as a representative than perhaps he realises.

Photo of Mr Joyce by Apple and Pear Australia Ltd. I thought it was oddly-fitting.